Whether you’re brand new to Redis or a seasoned user, there’s always more to learn. To help you get started, we compiled this list of our favorite Redis experts to follow.

Whether you’re brand new to Redis or you are a seasoned user, there’s always more to learn about the open source, in-memory data store used by millions of developers. We publish tons of informative blog posts, white papers, and other resources to help you develop your Redis knowledge. However, sometimes the best way to learn is directly from individuals: the geeks, nerds, developers, boffins, and Redis mega-fans who live and breathe technology, with specific attention to Redis tools and innovation.

The best way to learn from and interact with these folks is through social media. To help you get started, we compiled this list of Redis experts to follow on Twitter, listed in alphabetical order. Get ready to become a full-fledged Redis geek yourself with a daily stream of important Redis news and updates, developer tips, technical thought leadership, and community conversation.

Carlos Baquero, Ph.D., is a well-known technology pioneer and a professor in the Department of Informatics Engineering at the University of Porto, Portugal. An academic whose research interests cover data management in eventual consistent settings, distributed data aggregation, and causality tracking, Carlos is credited with the development of conflict-free replicated data types (CRDTs), work that has been applied in Redis CRBD.

Bobby Calderwood is the founder of Evident Systems and creator of the event modeling platform oNote. He’s an expert on microservices architectures and a former distinguished engineer at Capital One. Bobby contributed Redis Streams support to Carmine, the Redis client and message queue for Clojure. You can watch his RedisConf talk, Using Redis Streams to Build Event-Driven Microservices and User Interface in Clojure, on YouTube.

Nick Craver is a principal software engineer at Microsoft working on Azure and was formerly the architecture lead for Stack Exchange/Stack Overflow. He describes his work this way: “I design and build very fast things in hopes of making life easier for millions of developers.” A strong advocate of open source, Nick maintains several OS projects, including StackExhange.Redis.

Yossi Gottlieb is an experienced technology leader who today serves as chief architect at Redis as well as co-lead of the Redis open source project. He has worked as a software developer and cybersecurity researcher, and is the former CTO of a system integration firm. Yossi contributes to the Redis blog from time to time, such as a Q&A about Redis’ architecture principles.

Marc Gravell is a Microsoft developer and a Stack Overflow alumnus. He’s also an author of StackExchange.Redis, a C# client for Redis, and he blogs regularly at blog.marcgravell.com. Marc is a frequent commentator on the latest things happening in the developer world.

Rui Gu is a long-time Redis advocate and creator of Reddison, the open-source Redis Java client with features of an in-memory data grid. Learn more about the development of Reddison from this interview with Rui: Building an Open Source Enterprise Redis Client.

As Redis’ first technology evangelist, Itamar Haber knows Redis inside and out. As he says, “I live and breathe Redis.” He regularly speaks at various tech conferences and contributes to the Redis blog on topics such as Redis Namespace and Other Keys to Developing with Redis. Keep up with Itamar online for technology commentary, insights, tutorials, and exciting product updates.

Guy Korland is the CTO of incubations at Redis. He has many years of experience in software development. Guy is the former CTO of SelfPoint (where he built a high-end ecommerce SaaS solution) as well as the founding CTO of Shopetti, an online shopping application. Read Guy’s posts on the Redis blog.

Roi Lipman is a software architect at Redis, where he has contributed to the development of RedisGraph, a Redis module developed to add graph database functionality to the Redis database. He contributes to the Redis blog and frequently gives presentations, such as this recent one on RedisGraph at Texas A&M Institute of Data Science.

Danni Moiseyev is a principal software engineer at Redis, where he leads the development of a time-series Redis module and also works on Redis Enterprise. You can watch a recent RedisConf presentation Danni gave on RedisTimeSeries.

Savannah Norem is a developer advocate at Redis. She’s written about probabilistic data structures on the Redis blog and live codes with Python and Redis every Tuesday, which you can watch on YouTube. Savannah tweets regularly on all things technology (as well as cats and crafting for good measure).

Madelyn Olson is a senior software development Engineer at AWS and a Redis core member, serving as a maintainer of the Redis open source project. As veteran tech columnist Matt Asay writes, “If you’ve used Redis, you’re a direct beneficiary of the ‘small fixes all over the place’ Olson contributes to make Redis great.” She recently spoke at RedisConf 2021 about building for high availability and performance with Redis Cluster and AWS. She may not tweet often, but Madelyn is one of the most knowledgeable people about Redis outside of Redis.

Mark Paluch is the Spring Data engineer at Pivotal and project lead of the Lettuce Redis driver. A self-professed “software craftsman,” he has extensive experience in software engineering. Follow Mark online for developer news and commentary, and check out his blog for his more in-depth thoughts.

Dmitry Polyakovsky is a principal software engineer at Oracle Cloud. He has spoken at various Redis events, such as this RedisConf 2020 presentation on using Redis with Python to analyze Covid-19 data, and writes frequently about Redis on his blog.

Simon Prickett has been coding since the 1980s and today serves as the principal developer advocate at Redis, where he leads the team that develops instructional materials for Redis University. He blogs regularly on his own website simonprickett.dev, contributes to the Redis blog, and has created many entertaining technical video tutorials.

While he serves today as VP of growth marketing at Redis, Raja Rao is, as he puts it, “an engineer at heart.” He has worked for nearly two decades in the software industry for companies such as Salesforce, VMware, and Yahoo, and he writes frequently for tech sites such as The New Stack as well as the Redis blog. Raja loves both learning and teaching, and reading his rich Twitter feed is a great way to uplevel your Redis skills.

A self-professed “geek, graybeard, and gamemaster,” Guy Royse is a developer advocate at Redis with more than 25 years of developer experience. He speaks regularly at tech conferences and blogs at his own website guyroyse.com as well as the Redis blog. You can watch his entertaining dev tutorials on YouTube and follow him online to read his thoughts on everything from coding to Dungeons & Dragons to the search for Bigfoot.

Brian Sam-Bodden is also a developer advocate at Redis who strives to “push the envelope of technology and fill the world with better, more passionate programmers.” He is a frequent speaker at user groups and conferences and is the author of two books on Java. You can watch Brian’s dev tutorials on YouTube and follow his work on GitHub.

You can’t talk about Redis without mentioning its creator, Salvatore Sanfilippo, who developed the first version of Redis back in 2009 in an attempt to improve the scalability of his startup. After overseeing the open-source Redis project for 11 years, Salvatore stepped down in 2020, but he continues to serve as a member of the Redis technical advisory board. Salvatore frequently blogs about his latest projects, including his new science fiction novel, at antirez.com.

An experienced technologist who has been coding since he was 14 years old, Yiftach Shoolman is co-founder and CTO of Redis, which he started as Redis Labs back in 2011 with CEO Ofer Bengal, eventually teaming up with Salvatore Sanfilippo, original founder of the Redis open-source project. Yiftach speaks frequently at Redis events, such as this keynote presentation he gave at RedisConf21 about building, deploying, and running real-time applications with Redis.

Eric Silva started his career as a software engineer working in the financial services industry, and today is a Redis product marketing leader focused on RedisJSON and RediSearch. He claims he’s a “certified speed freak,” which applies to both his passion for high-performance IT as well as high-performance downhill skiing (hence the Twitter moniker). Some of Eric’s favorite topics include artificial intelligence, machine learning, data science, real-time analytics, diversity, equity, and inclusion in the tech industry.

From Hangzhou, China, Zhao Zhao is a senior engineer at Alibaba Cloud as well as a member of the Redis core team. He focuses on improving Redis performance and data replication consistency. While Twitter is not Zhao’s main platform, you can follow his work on GitHub.

We hope this list of Redis experts to follow on Twitter helps turn your daily feed into a steady stream of Redis-themed knowledge, insight, and inspiration. For more resources, be sure to regularly check out the Redis blog, visit the Redis Developer Hub, or take a free online course at Redis University. 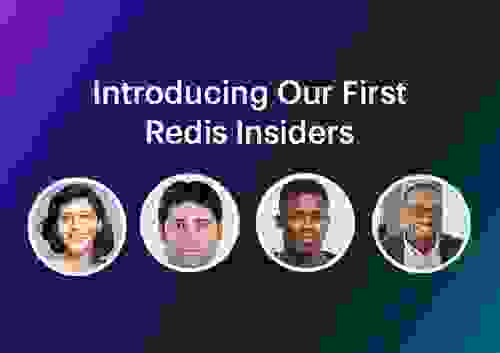 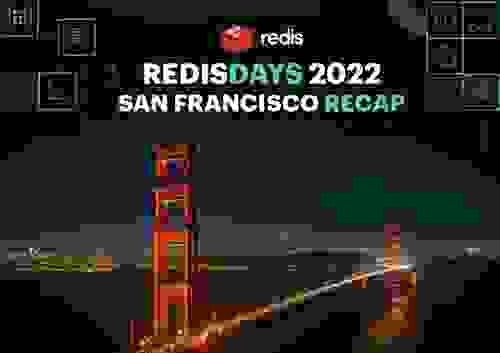