After we published our recent RedisGraph benchmarking results, the folks at TigerGraph replied with some thoughts. While we appreciate hearing our competition’s perspective, we’d like to address their accusation of fake news.

In our blog post, we introduced a parallel requests benchmark. This test is the same K-hop neighborhood count query test created by TigerGraph, but for our test, we had 22 clients execute the queries against RedisGraph concurrently. We introduced the concurrent requests test because we believe it is representative of almost any real-time, real-world scenario.

We acknowledge this was an unfair assumption, so we decided to execute the full benchmark against TigerGraph.

For your convenience, below are the results we originally published.  The times presented below are overall benchmark times (for RedisGraph these were measured, for TigerGraph they were extrapolated as described above). 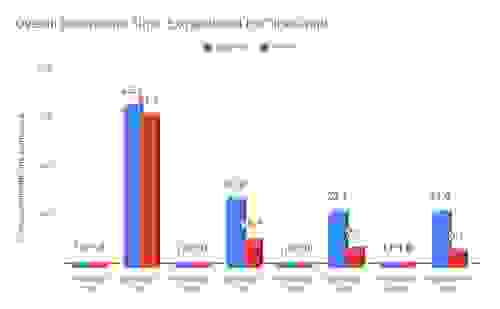 The numbers below represent the overall benchmark time we recently measured for TigerGraph. 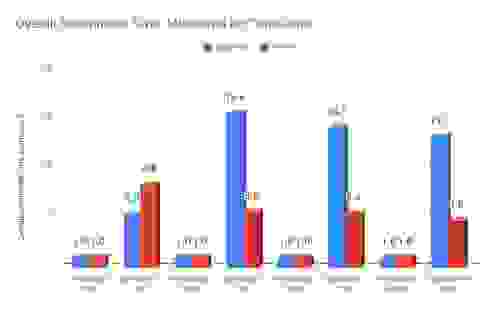 While we found that RedisGraph is still faster than TigerGraph, this new data finds that we are 5-15 times faster (as opposed to the 6-65x estimate we originally published). The biggest change was in the 1-hop queries, whereas for longer path queries the times decreased slightly. This is due to the fact that 1-hop queries are far less computationally expensive than multiple hop queries, allowing for more concurrency. But to quote TigerGraph: “In the real world, if you only need to do one hop, a key-value database or RDBMS is sufficient enough; you don’t need a graph product.”

A more correct metric is average query time, which averages the individual response times of all 300 seeds. Ideally, we would not include the first 22 and last 22 response times in this average, but since the population of seeds is already so small, we chose to leave them in. Below are the average query times we measured for both RedisGraph and TigerGraph. These are new results that weren’t included in our first benchmark publication, and we used no extrapolation to determine the time results below. 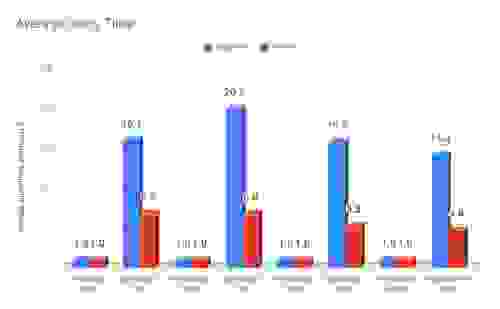 This shows that RedisGraph’s average query times are 5-20 times faster than TigerGraph under parallel load. We believe this is what really matters for our RedisGraph users — a database that enables the highest throughput at the lowest latency.

Furthermore, we’re making our modifications to the benchmarking code originally created by TigerGraph available to everyone and documenting a known issue about our variable length path query behaviour. We would also like to confirm that any results published in our original blog post that were not for TigerGraph or RedisGraph were the results that TigerGraph originally published — no boosters were given. And yes, in addition to RedisGraph, TigerGraph was another solution that never timed out in any test.