This tutorial provides a step-by-step Feast for Redis quickstart that walks you through an end-to-end example of using Feast with Redis as its online feature store for machine learning. It’s based on the Feast Quickstart tutorial, but instead of using the default online store, it uses the Redis online store for delivering real-time predictions at scale. If you’re not familiar with Feast or Redis, then the fastest way to get started with Feast using Redis is through this tutorial. Please refer to this Feature Stores and Feast using Redis blog article for a high-level introduction. More detailed information on Redis and Feast, as well as additional resources, are available at the end of this tutorial.

In this tutorial you will:

You can run the tutorial on Google Colab or on your localhost following the guided steps below.

Feast in a nutshell:

Feast (Feature store) is an open source feature store and is part of the Linux Foundation AI & Data Foundation. It can serve feature data to models from a low-latency online store (for real-time serving) or an offline store (for model training or batch serving). It also provides a central registry so machine learning engineers and data scientists can discover the relevant features for ML use cases. Below is a high-level architecture of Feast:

Feast is a Python library + optional CLI. You can install Feast using pip, as will be described soon in this tutorial.

Feast with Redis solves several common issues in this flow:

In this tutorial, we use feature stores to generate training data and power online model inference for a ride-sharing driver satisfaction prediction model. In the demo data scenario:

Step 1: Install Redis and run Redis server in the background

To install Redis follow one of the alternatives below:

Step 3: Create a feature repository and configure Redis as the online store

A feature repository is a directory that contains the configuration of the feature store and individual features.

Step 3a: Create a feature repository

The easiest way to create a new feature repository is to use the feast init command. This creates a scaffolding with initial demo data.

Let’s take a look at the resulting demo repo itself. It breaks down into:

Step 3b: Configure Redis as the online store in the YAML configuration file

To configure Redis as the online store we need to set the type and connection_string values for online_store in feature_store.yaml as follows:

Note that the above configuration is different from the default YAML file provided for the tutorial that instead uses the default online store :

So by adding these two lines for online_store (type: redis, connection_string: localhost:6379) in the YAML file per the above, Feast is then able to read and write from Redis as its online store. Redis Online Store is part of the Feast core code, and as such, Feast knows how to use Redis out-of-the-box.

Let’s take a look at the demo feature definitions at example.py (to view it in your terminal you can run cat example.py ).

Finally, let’s inspect the raw data. The raw data we have in this demo is stored in a local parquet file. The dataset captures the hourly stats of a driver in a ride-sharing app.

Now we run feast apply to register the feature views and entities defined in example.py. The apply command scans Python files in the current directory for feature view/entity definitions, registers the objects, and deploys infrastructure. In this example, it reads example.py (shown above) and sets up the Redis online store.

To train a model, we need features and labels. Often, this label data is stored separately (e.g. you have one table storing user survey results and another set of tables with feature values).

The user can query that table of labels with timestamps and pass that into Feast as an entity dataframe for training data generation. In many cases, Feast will also intelligently join relevant tables to create the relevant feature vectors.

(Copy the code below into a file gen_train_data.py and then run it):

At inference time, we need to quickly read the latest feature values for different drivers (which otherwise might have existed only in batch sources) from Redis online feature store, using get_online_features(). These feature vectors can then be fed to the model.

(Copy the code below into a file get_feature_vectors.py and then run it):

Congratulations! You have reached the end of the tutorial. To shut down the Redis server that is running in the background you can use the redis-cli shutdown command.

Join other Feast users and contributors in Slack and become part of the community! 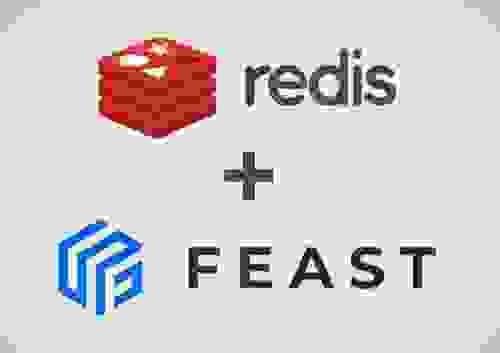 Building Feature Stores with Redis:
Introduction to Feast with Redis 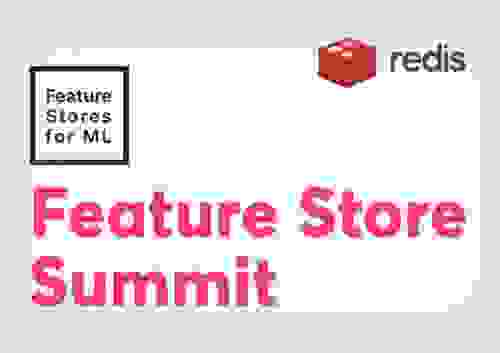 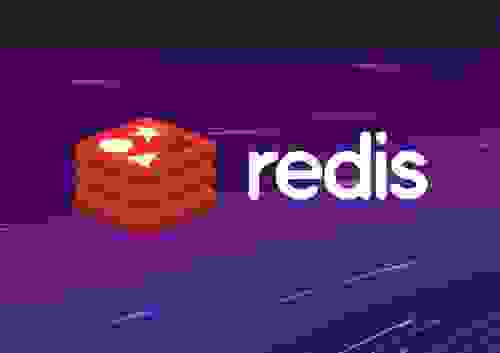