RediSearch 2.0 is now out in public preview! Most of the features in this major new release have been driven by your feedback, with a focus on improving the developer experience and enhanced scalability. But this blog post concentrates on helping you get started using RediSearch 2.0’s new data indexing capabilities and better ways to create an index.

Having a rich query and aggregation engine inside your Redis database opens the door to many new applications that go well beyond caching. You can use Redis as your primary database even when you need to access the data using complex queries, without adding complexity to the code to update and index data. All this with Redis’ famous speed, reliability, and scalability!

To get started with RediSearch 2.0, you’ll need:

Get a Redis database with RediSearch enabled

You can install and use RediSearch 2.0 in various ways:

For simplicity, this blog post will use the Docker images. (If you have already installed RedisSearch 2.0, you can jump to the next section.) To start your Redis instance with Docker, open a terminal and run the following command:

Note: The container will automatically be removed when it exits (–rm parameter).

Connect to Redis and insert data

Using your favorite Redis client, connect to the RediSearch database.

If you have started your Redis instance with Docker you can use the following command to use the redis-cli embedded in the container:

If you want to use Redis Insight, add your RediSearch instance and go to the CLI.

You are now ready to insert some data. This example uses movie data stored as Redis Hashes, so let’s insert a couple of movies:

The database contains now two Hashes. It is simple to retrieve information using the following command, if you know the key of the movie (movie:11002):

But how can you query the database to get a list of movies based using the title, the genre, or the release_year?

With “core” Redis data structures, you have to manage your index yourself using Sets to associate the genre to the list of movie IDs, for example, and add a lot of code to your application to manage and query the index.

But with RediSearch you can simply define an index associated with your data and let the database manage them. You can then use the query engine to query/search the data using secondary indices.

Create a RediSearch index for the movies

To create an index, you must define a schema to list the fields and their types that are indexed, and that you can use in your queries.

For this example you will be indexing four fields:

Creating the index is done using the FT.CREATE command:

Before running queries, though, let’s take a closer look at the FT.CREATE command:

The RediSearch 2.0 engine will scan the database using the PREFIX values, and update the index based on the schema definition. This makes it easy to add an index to an existing application that uses Hashes, there’s no need to change your code.

You can see the index information with the following command:

Now we’re ready to use the index and query the database.

For this section you will use the FT.SEARCH command and its syntax; note that the goal of this blog post is to get you started, so we stick to the basics and don’t go into all the details. To learn more about RediSearch, look at the documentation and the tutorial.

RediSearch is a full-text search engine, allowing the application to run powerful queries à la Google. For  example, to search all movies that contain “war”-related information, you would run the following command:

As you can see, the movie Star Wars: Episode V—The Empire Strikes Back is found, even though you used only the word “war” to match “Wars” in the title. This is because the title has been indexed as text, so the field is tokenized and stemmed.

Also, the command does not specify a field, so the word “war” (and related words) is searched in all text fields of the index. If you want to search specific fields, you would use the @field notation, as shown here:

You can run additional full-text search queries against this simple dataset, as demonstrated here (Note: to keep the document short, the results of the queries are not shown):

You can find more information about the query syntax in the RediSearch documentation.

Use the tag field “genre” to find all “drama” movies:

The syntax @field:{value} indicates that you are searching in a tag field. You can find more information about the tag filter in the RediSearch documentation.

Update the database and query

So far, all the data you are querying was created before the index and indexed during the index creation. Let’s change things up by adding a new movie:

You can reuse the earlier queries:

As you can see, the new movie has been automatically indexed.

Similarly, if you delete or expire a movie, the index will be automatically updated, as shown here:

If you wait 15 seconds and run the search query, you will see that the movie has been removed from the index.

This is quite powerful when you want to do ephemeral search and let the database manage the expiration of the data and indexes. You can find more information about ephemeral search in our blog post laying out The Case for Ephemeral Search.

Where can I go from here?

This post has shared some of the basics of RediSearch, and shown how indexing data is transparent from your application code. This functionality is new in RediSearch 2.0, since in RediSearch 1.x developers had to specifically use the FT.ADD command to index the data.

In addition to the search and indexing functionality discussed in this blog post, RediSearch also includes powerful data aggregation capabilities, which are covered in the RediSearch documentation, tutorial, and online course.

The tutorial contains the same data, but with a bigger dataset and more sample queries and aggregation. It also contains an application that shows how to use RediSearch with programming languages such as Java, Python, and Node.js. To learn more, check out these additional resources: 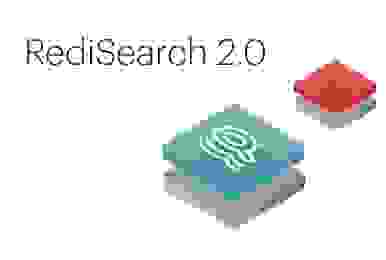 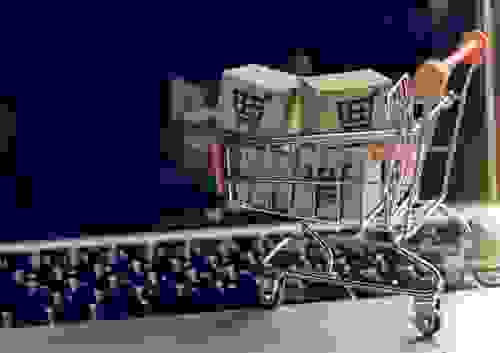 The Case for Ephemeral Search 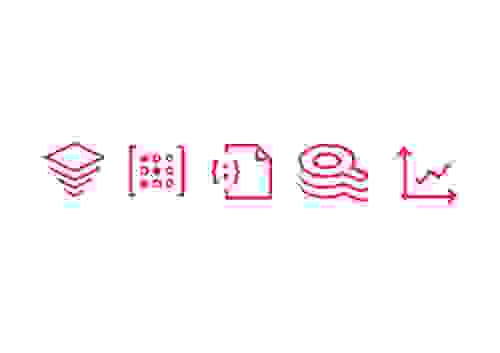