Redis is a noSQL database that enables users to store a variety of data in a variety of data structures. We saw a need for our customers to create highly connected data and derive insight by using graph technology. Originally released in 2018, RedisGraph is the result of that effort.

RedisGraph is based on a unique approach and architecture that translates the Cypher query language to matrix operations executed over a GraphBLAS-based engine. By using sparse matrices to represent graphs and the power of GraphBLAS to process them, RedisGraph delivers a fast and efficient way to manage and process graph data shown to have significant advantages over other approaches in some applications.

Since the release of version 1.0 of RedisGraph, the project has gathered 1,000 GitHub stars and over 100,000 Docker pulls. During that time we’ve also been hard at work building the next version, and we’re excited to announce RedisGraph 2.0, designed to fulfill the promise of RedisGraph 1.0 in the areas most important to our customers. Graph databases can support a wide range of use cases from resource management to health care. We’ve been working hard to support the queries necessary for a range of applications in resource management, fraud prevention, graph-aided search, and knowledge graphs.

There are too many RedisGraph enhancements since version 1.0 to list them all here. We’ll summarize them via examples of the improvements to our support of Cypher, full-graph response, the integration of RediSearch for full-text search over graphs. We’ll also detail the enhancements to RedisInsight to support graphs and introduce two RedisGraph partners: Linkurious and Graphileon.

The release of RediSearch 1.6 introduced a new low-level API that allows other modules to consume RediSearch for secondary indexing and full-text search purposes. RedisGraph 2.0 is the first generally available module to take full advantage of this capability. Prior to this release, RedisGraph had indexing capabilities via skiplists that was quite performant, but was limited to exact matches and did not allow for prefix or fuzzy matching. Also, there was no way to leverage two separate indexes on a given label as compound indexes.

RedisGraph 2.0 supports full-text search on property values. An index can be created for a specific node and property combination:

and then can be queried via Cypher as shown here:

An example of graph-aided search is finding someone who is connected to an individual by a certain number of degrees of separation. A common example of this is the search functionality in LinkedIn, where people who are more closely connected to you are listed towards the top of the search matches.

The following query demonstrates how this could be implemented:

This new feature enables such uses like Object Graph Mapping (OGM), querying subgraphs, and visualizations where the receiving application needs all the nodes and their relationships.

To demonstrate the power of this full-graph response, we want to showcase some the integration with RedisInsight and the partnerships with Linkurious and Graphilean enabled by this feature.

RedisInsight 1.2 provides direct support for exploring and querying the graphs stored in Redis. The new support for full-graph response allows RedisInsight to present the query subgraph as a visualization directly to the user. Subsequently, a user can click on nodes and edges in the graph to inspect property values or expand the graph further.

Redis has partnered with the French software developer Linkurious, which provides an enterprise platform, Linkurious Enterprise, for fraud, money laundering, and cyber threat protection via graph analytics. Linkurious has developed the OGMA library that powers the visualizations inside RedisInsight. This library allows users to visually interact with graphs stored in RedisGraph.

In addition, the full-graph response now available in RedisGraph 2.0 allows integration with Linkurious’ graph visualization and analysis platform. We expect even deeper integration in the future. 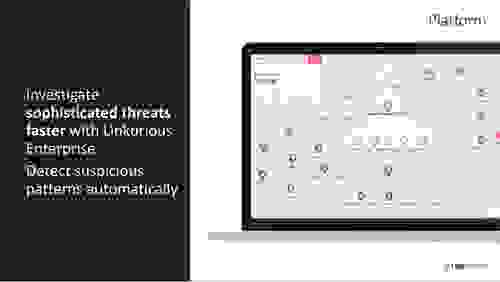 In addition, the full-graph response now available in RedisGraph 2.0 allows integration with Linkurious’ graph visualization and analysis platform. We expect even deeper integration in the future.

On January 27th, 2020, Redis and Dutch software company Graphileon announced a partnership to let RedisGraph users manage their data and build applications in Graphileon’s advanced graphing tools. The combination of RedisGraph and Graphileon enables our customers to enjoy fast and easy data management and to query and analyze the data using the power of the Cypher query language all the while leveraging the specific strengths of RedisGraph.

The list of Cypher enhancements added to RedisGraph 2.0 is really long. Notable additions include a variety of operators and functions, support for simple case statements, enhanced merge support, counting of aggregates, support for naming paths, and reusing entities in pattern matching. There’s no way to explain all the additions in a blog post, so let’s look at an example of Triadic closure to highlight some of the most interesting ones.

The improved support for merges, paths, and operators allows for new support for graph manipulation. We can follow a particular shared relationship between two unrelated nodes to infer a new relationship. For example, if two people know a common person, a social media service might suggest an introduction. Similarly, if two people are managed by the same person, they are peers in the organization. Computing these new relationships are examples of triadic closure.

We can query for suggested introductions in the left-hand graph by following the “KNOWS” relationship:

The query follows the “KNOWS” relationship from node B to node C via A, but qualifies that we want nodes that do not have an existing relationship (or cycles) via the “WHERE NOT” clause.

We can further qualify the relationship by adding a role and direction to the edge:

Stay tuned to the Redis blog for more detailed examples of new RedisGraph 2.0 features over the next few months. We’re also working on more enhancements to RedisGraph performance, Cypher coverage (such as OPTIONAL MATCH), and adding graph algorithms via the open-source LAgraph algorithm collection for GraphBLAS in upcoming releases.