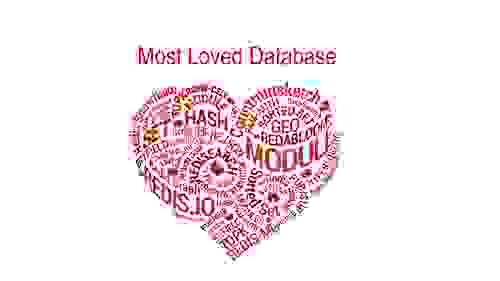 In the last week of May, over 900 Redis enthusiasts gathered in downtown San Francisco for two days at the Third annual RedisConf.  Featuring over 50 speakers and 42 sessions, RedisConf is the premiere event for developers to learn from the experts and share their own experiences with the Redis community. 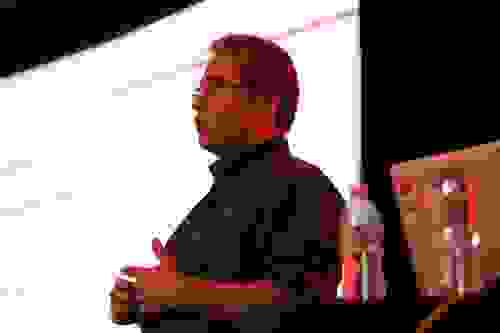 One of the biggest additions to this year’s conference was an entire day of tutorials preceding the  conference.  A host of Redis developers, from curious beginners to Redis experts joined us for a full-day of hands on training in Redis development.  The tutorials covered a range of topics from basic Redis data structures through the latest developments in Redis modules.

The highlight of training day was an appearance by Salvatore, who volunteered his time to teach attendees about advanced Redis data structures, transactions, and pipelining.

The first day of RedisConf17 kicked off with a warm welcome from Redis’ CEO, Ofer Bengal.  Following Ofer, Salvatore Sanfilippo, creator of Redis took the stage to provide an overview of the current state of the Redis 4.0 release and to talk about the design of the upcoming Redis Streams data type.  The general session included keynotes from Joshua McKenty of Pivotal Labs, Kelsey Hightower of Google.  Kelsey blew the audience away with a live deployment of a Redis cluster using Kubernetes via voice command.  Salil Deshpande of Bain Capital and Sam Ramji of Google closed out the general session with a fire-side chat about open source and cloud infrastructure. 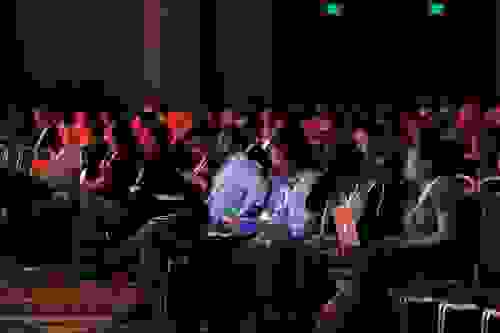 Salvatore returned to the stage later in the day with a deep technical breakout session Rax, Listpack and Safe Contexts covering recent improvements to Redis internals.  Other day one sessions covered a wide range of interests – DevOps best practices, Redis cluster,  scaling, and the new reJSON module.  In a second, unexpected fire-side chat, one of the presenters described the small desk fire that he started when building a home brew digital temperature sensor running Redis.

After a full schedule of keynotes and sessions, The Spazmatics closed out the first day of the conference playing 80’s hits. 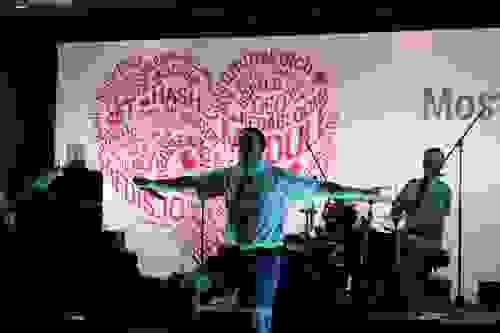 Ofer Bengal and Yiftach Schoolman kicked off the day two general session with a joint talk on doing more with Redis.  Reynold Xin from Databricks demonstrated how to process large datasets using Apache Spark, a technology that integrates well with Redis, and Chris Richardson of Eventuate.io explained his pattern language for designing microservices.  Charity Majors, of Honeycomb.io, closed out the general session with a keynote on the limitations of monitoring. 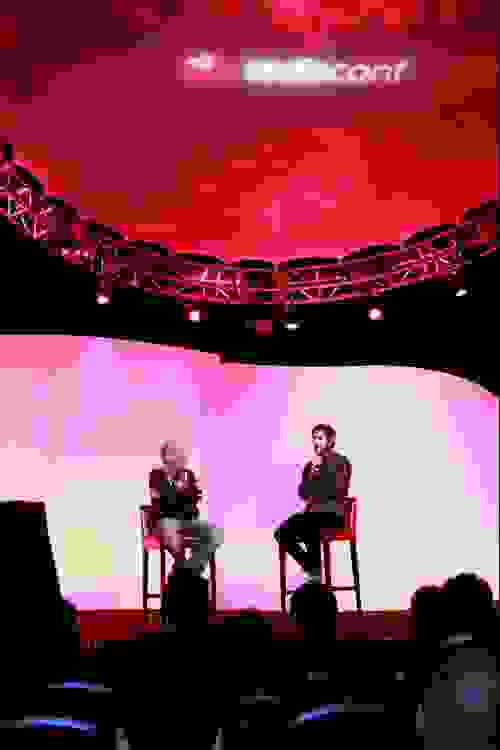 Many of the keynote themes were echoed in sessions throughout the day.  Redis employees expanded on Do More with Redis in presentations covering real-time machine learning, Multi-Master Redis, and the Redis Graph module.  The patterns for developing microservices introduced in the keynote, made an encore appearance in sessions covering containerization, Kubernetes, Mesosphere, and microservices development.

Even though we just finished this year’s conference, the Redis team has started planning RedisConf18.  The growth of the conference over the past 3 years has been astounding and next year we want to bring you another awesome event.

We’re already working on the details for RedisConf18; the date and location of next year’s conference will be announced towards the end of summer.  Keep an eye on redisconf.com or sign up for our RedisConf 2018 mailing list to get the latest updates.

We want to thank all of our sponsors, speakers and attendees for contributing to a fantastic conference; we look forward to seeing you all back in San Francisco next year for RedisConf18. 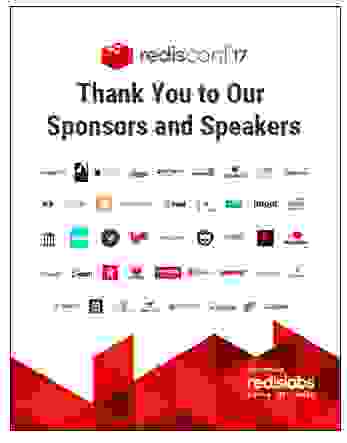