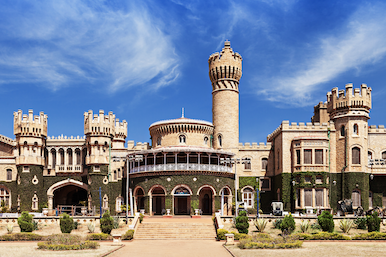 We love how much passion the Indian tech community has for Redis, so we’re excited to kick off the new year at the first Redis Day Bangalore! We have two jam-packed days planned for January 21–22, including a special keynote from Redis creator Salvatore Sanfilippo, our first-ever hackathon, a training day to help you brush up your Redis skills, and presentations from HolidayMe, Zoomcar, and some of our other Indian customers on the creative ways they’re using Redis.

If you’re a developer, engineer, software architect, programmer, or business professional, you won’t want to miss out on this free conference on anything and everything Redis.

And if you’re wondering what’s in store? Check out the highlights from Redis Day London:

You’re in for a treat: Flying in from Italy and Israel respectively, Redis creator Salvatore Sanfilippo and Redis Co-Founder & CTO Yiftach Shoolman kick off the main day of programming with a pair of insightful keynotes. You won’t want to miss this special opportunity to hear about the future of Redis.

The rest of the day is full of presentations from our customers on creative and innovative ways they’re using Redis. Amit Agrawal, Co-Founder and CTO of sRide, will share how the carpool and bikepool platform uses Redis to reduce response time, authenticate APIs, and scale websocket server. HolidayMe CTO Rajat Panwar will discuss using Redis as a key component for very-low-latency logging framework. And AI researcher and consultant Jayesh Ahire will lead a session on using TensorFlow 2.0 and Redis to deploy a deep-learning model in production.

These are just a few of our confirmed speakers—be sure to check our official Redis Day Bangalore programming page to see the full list.

Participate in our first hackathon

If you want to stretch your creativity or show off your Redis expertise, register for our first hackathon in India on Tuesday, January 21. We’re excited to unleash the Redis community to solve real problems. Plus, you’ll have an opportunity to win some fantastic prizes and form friendships with other Redis creators. Stay tuned to our official Redis Day Bangalore programming page for more details.

If you’re new to Redis or want to brush up on your skills, join us for our training day on Tuesday, January 21. We have five sessions that will walk you through both common and advanced use cases, like Redis clustering, probabilistic data structures, and Redis streaming architectures.

Register now before we sell out!

And if Bangalore is too far away, we’re also hosting Redis Day Seattle on January 13–14.