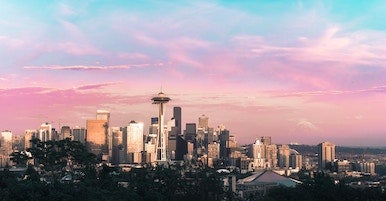 2020 promises to be a big year for Redis, and we’re starting off strong with Redis Day Seattle on January 13–14!

On Monday, January 13, we’ve planned a full day of training sessions for those new to Redis and those who want to learn more about the latest updates and developments. Then on Tuesday, January 14, join us for a free, all-day, single-track conference featuring a keynote from Redis Lab CTO and Co-Founder Yiftach Shoolman and user stories and use cases from across the Redis community.

If you’re a developer, engineer, software architect, programmer, or business professional, you won’t want to miss the opportunity to learn from and network with members of the Redis community.

And if you’re wondering what’s in store for you at the event, check out the highlights from Redis Day London:

Yiftach will get the day of Redis expert presentations rolling with a keynote on Redis 6.0 and the latest innovations in Redis Enterprise. But that’s only the beginning: Scott Haines, Principal Software Engineer at Twilio, will share info on the “happy marriage” of Redis and Protobuf. You also won’t want to miss Redis’ own Solution Architects Manager, Jane Paek, who’ll explain how to use Redis to protect your API with metering and rate limiting. And Oracle Cloud Senior Software Engineer Dmitry Polyakovsky will cover how to use Redis with Python libraries for advanced data processing.

This is just a small sample of our speaker list—be sure to check out our official programming page to see additional speakers as they’re confirmed.

Brush up your skills at training day

If you’re new to Redis or just want to learn what’s new, join us for our training day on Monday, January 13th. Redis’ own Kyle Davis and Loris Cro will lead a full day of sessions on how to get started and get the most out of Redis.

Note: The training day on Monday, January 13 costs $149 per person, while the programming on Tuesday, January 14 is complimentary.

This is just a small sample of what’s on tap for Redis Day Seattle 2020—get more information and check out the full agenda and complete list of speakers here.

And if you’re on the other side of the world and can’t make it to the Seattle event, we’ll also be hosting Redis Day Bangalore—with a special Redis hackathon!—on January 21–22 in Bengaluru, India.