We, at Redis, are happy to announce the general availability of Redis Enterprise 5.0.2, the latest version of our high performance in-memory database platform. This new version is now available with each of our deployment options:

The major enhancements of version 5.0.2 include:

– Import a standard RDB file to a CRDB.
– Export a CRDB dataset from one of the CRDB instances (i.e. replicas) to a standard RDB.
– Dynamically and seamlessly add or remove a CRDB instance (replica) without affecting performance.
– Track new performance metrics on the bidirectional replication for CRDB.

Improved Encryption Options for Data in Transit
RS 5.0.2 provides multiple encrypted communication options for various data flows, which help comply with regulatory requirements and can be easily and intuitively deployed. For example:

Encrypted Communication Across Clusters Over the WAN
For active-active (CRDB) and active-passive (‘replica-of’) deployments, RS 5.0.2 adds the ability to encrypt data on-the-fly if an SSL handshake was established during the connection setup phase. This allows customers to run multiple types of connections between clusters (i.e. encrypted and unencrypted) without changing the configuration of database endpoints.

For more information about how to enable SSL, follow these links for active-passive and active-active.

Redis Enterprise Modules Enhancements
In RS 5.0.2, Redis Enterprise Modules were improved as follows:
– The ReBloom module was enhanced to support Cuckoo Indexes, along with Bloom Filters. Cuckoo Indexes are used for high-speed set membership tests, while supporting adding and removing items dynamically with even higher performance than Bloom Filters.

Modules. This can be enabled when creating a new database, as illustrated below: 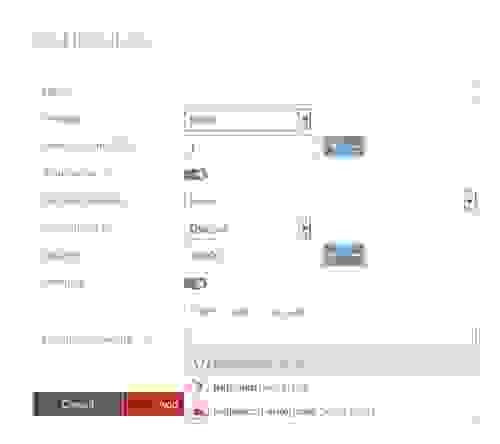 Use this table for a full comparison between various Redis Enterprise deployments.

Of course, if you’re interested in a more detailed view of what’s new in Redis Enterprise 5.0.2, please visit our technical documentation or check out the release notes.

If you have any questions, drop us a line at: pm.group@redis.com