Earlier today, Microsoft and Redis announced private preview availability of Redis Enterprise on Azure Cache for Redis, a significant milestone in the deepening strategic collaboration between our two organizations. The integration will be featured as two additional Enterprise tiers to the existing Azure Cache for Redis service.

More than ever, both developers and operators look to the cloud to address unprecedented demands on existing services as well as the need to re-invent and innovate. Financial service companies, healthcare providers, and retailers all benefit from instant-on, fully managed, highly scalable, and highly available services in these uncertain times. Operators don’t want the burden of deploying new infrastructure and don’t have the time to go through lengthy procurement cycles. Developers want access to the tools they need to build new apps and scale existing ones using well-known toolchains with an established, reliable developer experience.

Microsoft Azure is one of the most globally distributed and secure clouds on the market. The integration of Redis Enterprise features into Azure Cache for Redis combines Azure’s global presence, flexibility, and security and compliance, with Redis Enterprise’s unmatched availability, performance, and extended data-structure functionality. It addresses key scalability and innovation challenges critical to enterprises, including ensuring cross-regional reliability, cost-effective scaling, enabling new data structures, and expanding existing services in the future with a hybrid-cloud approach.

This joint offering already allows select customers to launch Redis Enterprise in the Azure portal just as they would any other native Azure service. Using the Azure Portal user interface, creating a new Redis Enterprise database and connecting it to your app is as easy as 1-2-3. 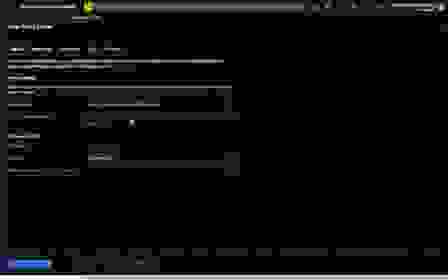 Microsoft offers this fully managed, cloud-hosted version of Redis Enterprise as new Enterprise tiers of the well-established Azure Cache for Redis. These new tiers enhance the already popular open source based Azure product suite with support for the new Redis 6.0, Redis modules, Redis-on-Flash, as well as active geo-replication for seamless failover. As part of the collaboration, Microsoft will extend its continued commitment to the Redis open source project with community engagement and contributions adding to Redis Lab’s existing efforts as the home for Redis and the primary contributor to the Redis project.

Once in public preview later this year, the Enterprise tiers in Azure Cache for Redis will include:

This collaboration will also ease the procurement process for customers. The integrated Enterprise tiers will be available for customers to purchase in a similar way to existing Azure Cache for Redis tiers, eliminating the lengthy contractual processing required to sign a new vendor. Customers will also be introduced to new:

This milestone is a culmination of more than a year of close collaboration between the Microsoft Azure and Redis teams. We are very excited about what our teams have already achieved. We look forward to providing our customers—and the greater Redis community—with continually improving ways to deploy, operate, procure, and manage your data infrastructure, support innovative use cases, and address unprecedented demands for scale and performance.

To learn more about this exciting new offering, please: