We are very excited to announce the release of Redise Pack 4.5.0. Along with many quality improvements and overall performance enhancements, this release ushers in two major capabilities;

Redise Flash (RF) offers users of Redise Pack and Redise Cloud Private the unique ability to operate a Redis database that spans both RAM and flash memory (SSD), but remains separate from Redise Pack’s persistence mechanisms. Whilst keys are always stored in RAM, RF intelligently manages the location of their values (RAM vs Flash) in the database via a LRU-based (least-recently-used) mechanism. Hot, frequently used values will be in RAM  while warm values will be ejected to flash memory. This enables you to have much larger datasets with RAM-like latency and performance, but at dramatically lower cost than an all-RAM database. 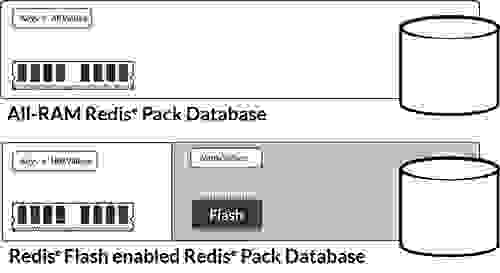 The Discovery Service enables simple IP based connection for Redis applications. It is compliant with the Redis Sentinel API can be queried to discover the database endpoint (IP address). When used in conjunction with Redise Pack’s other high availability features, the Discovery Service assists an application cope with connectivity under cluster topology changes such as node failures or shard migrations.

You can download Redise Pack 4.5.0 today and find more details on this release in the release notes and documentation.