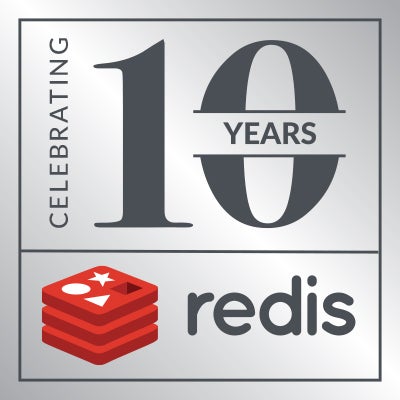 10 years ago, a link was posted on Hacker News to a new software project called Redis. In the comments, its creator Salvatore Sanfilippo (a.k.a. antirez) says “one of the major points of Redis is to support more complex types as values”. From Day 1, Salvatore knew what he wanted to build. And to his credit, he stayed focused. Redis now has 10 complex types and a module system that enables developers to build more. And as a result, Redis is the most popular key-value store on the planet.

Only five people commented on that first post: three promoted alternative data stores; one suggested Salvatore re-write Redis in Erlang; and one, JUST ONE, offered some help. That one person turned out to be Ezra Zygmuntowicz (a.k.a. ezmobius, RIP), a very popular Ruby on Rails (RoR) developer and one of the founders of Engine Yard.

Ezra not only encouraged Salvatore, but implemented the first Ruby client library for Redis. Then he tweeted about it, which spread the word to the Rails community  At the time, RoR was helping developers create beautiful websites, but users of the framework struggled to make it scale. Thanks to Ezra’s efforts, Redis spread among RoR developers, and helped thousands of RoR websites scale. One of those websites was Twitter. Eventually, Redis went on to be a wildly popular add-on for Heroku developers, and then many, many others.

There were others after David and Ezra. But, as Derek Sivers says, “It takes guts to be a first follower. You stand out, you brave ridiculing yourself. Being a first follower is an underappreciated form of leadership”. Nine years ago, Salvatore said “Your early adopters are not brave because they are irresponsible, just they can evaluate something without the need to follow the mass”. So thanks to Salvatore, David and Ezra, and other early risk takers, an open source community called Redis was born. And to those first adopters of the Redis community, as we turn 10 years old today, we say thank you.

Want to meet the Redis community and see what all the fuss is about? Join us as we celebrate 10 years of Redis at RedisConf, the yearly gathering of Redis developers, implementers and other community members. This year it takes place April 2-3 on Pier 27 in San Francisco. Perhaps you’ll find something new that will inspire you to take a risk.