Scott McNealy is a Silicon Valley legend. As the helm of Sun Microsystems from 1984 through 2006, he oversaw the development of the Java programming language, the Solaris operating system, ZFS, the Network File System (NFS), and SPARC—while also selling millions of Sun workstations and servers. Since leaving Sun in 2006 (the company was acquired by Oracle in 2009), McNealy has been CEO of Wayin and co-founder and board member of Curriki.

For the inaugural issue of Rediscover Magazine, we chatted with McNealy on his hard-won experience on how to manage a company during a crisis. Unfortunately, we couldn’t fit all his insights into the magazine, so this blog post covers how McNealy learned to deal with difficult situations, including the people who who mentored him.

The full McNealy interview includes illustrative anecdotes from his time at Sun, his thoughts on how leaders can rediscover their management skills in times of crisis, and why he describes being a CEO as “being in the piñata.” To read it online, download a free PDF or request a print copy, go to Redis.com/rediscover.

Scott McNealy: Mostly through error, but I have had some really great mentors in my life.

My dad was vice chairman of American Motors and president of AMF. You know, Archie Manning trained his kids how to be quarterbacks. I learned at the foot of my dad’s chair at night as he’d have a Manhattan and read his mail.

My first boss was Roger Penske. And I worked for Roger for a buck-seventy-five an hour washing cars in Penske Chevrolet in Southfield, Michigan, as my first job. And funny story, a couple decades later, he and I are on the GE board together, which was kind of fun.

Another big mentor of mine was Ken Oshman. He was the O in ROLM, the old telecommunications company. And he was maybe one of the most underappreciated and under-the-radar giants of Silicon Valley. He was Silicon Valley culture.

In board meetings, Ken would ask, “What do you think I should do?” He’d say, “Here are your three options. Here’s the one that’s the easiest to do, but you know the right choice is to do this.” And I’d look at him and say, “Oh, you son of a gun. That is so true. The easy choice is just kicking the can down the road. I know which one is the right one. That’s hard. That’s not fun. I don’t wanna do that. But you’re right, that’s the one I should do.” He really taught me the power and the importance of managerial courage.

And then there was Jack Welch, when I was on the board of GE. I got to spend only a couple years with him. But there’s books been written about what you can learn from Jack Welch.

Redis: What do you see as the legacy of having to make all those tough choices?

I think if you talk to the 235,000 ex-Sun employees, we get a very, very high percentage of people saying it was the best place they ever worked. And we got a lot done. Yeah, we had a pretty awesome financial outcome, but we weren’t Amazon or Google.

But we changed the industry in a big-time way. And we spawned hundreds of CEOs who went off to run other companies. And the technology that we created is still incredibly widely deployed everywhere. And we never cheated. We never lied. We didn’t have any scandals. I never had to do the perp walk and explain to my boys why I’m in Club Fed. Those are all good things. 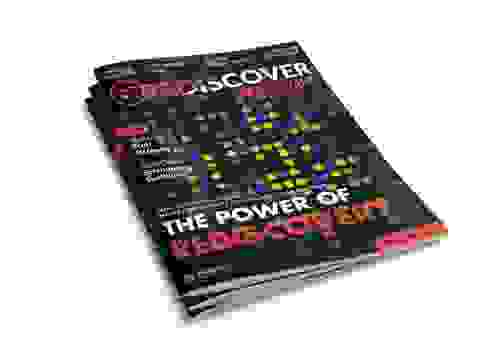