The Experience You Missed at RedisConf 2020 Takeaway

Every year the Redis community comes together for RedisConf, the world’s largest annual gathering of Redis Geeks. Although we couldn’t meet in person this year, we’re proud to have delivered our most-attended conference yet, filled with learning and networking to nearly 4,000 attendees from 103 countries. RedisConf 2020 Takeaway was held online from May 12–13, with keynotes, live Q&As, and sessions on Day 1 and a full roster of training classes on Day 2.

This year’s theme was Rediscover, and we invited attendees to expand their knowledge of Redis and see how it can be used far beyond caching to power some of the world’s most powerful applications.

If you missed all the excitement, not to worry—all sessions continue to be available for on-demanding viewing on the conference site. Here are some of the highlights, including images of the virtual experience, sound bites from the keynotes, and more!

What made RedisConf Takeaway different from other virtual conferences? With its virtual reality style interface, attendees hung out with fellow Redis Geeks almost like they would at an in-person conference! Using custom avatars, attendees interacted in a variety of ways to interact, from hanging out in themed Group Discussion rooms on topics like Redis 6, Redis Modules, and K8s & Containers, to talking to other attendees in the Lounge and playing more than 1,500 games of Redis Pong. And you guys were social—sending more than 3,700 chat messages and 12,212 emojis! 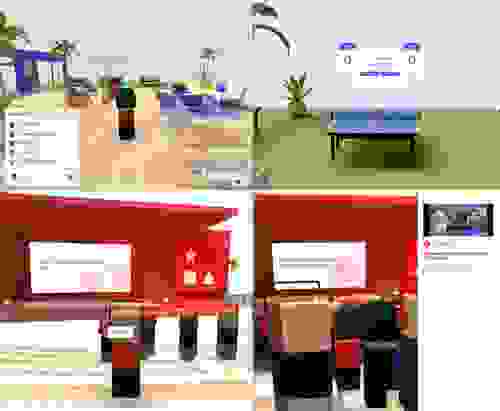 These features let conference attendees meet fellow Redis community members, like Patrick Heslin from Algo-Logic, who attended RedisConf to learn more about the platform, environment, and community. His favorite sessions were on security, as he says he always insisted on keeping clients secure. “It was fun to meet new people in a unique virtual environment,” he said. “We made good connections.”

Attending an awesome Virtual conference amidst the COVID situation currently. You can roam around, attend live sessions, VOD sessions, live Q&A, play games and network in the lounge. All VIRTUALLY!!#redisconf #RedisConf2020 #Redis pic.twitter.com/yVZ95I1XKd

We also awarded points for various activities in Redis World, from attending an on-demand or live session, asking a question in a live Q&A, or playing a game of ping pong. High scorers earned prizes like gift cards and Redis swag.

But it wasn’t all fun and games—in the Video Library, attendees watched more than 50+ on-demand sessions on topics like “Creating a Model of Human Physiology using RedisGraph” from Carlos Justiniano and “Leveraging Redis v6 Tracking for Awesome Client-Side Caching” from Ben Malec on Day 1. Each video had its own room, where you could see the other people watching it with you and chat with them. Many of the speakers were also available for live Q&As to answer any questions not covered in the videos. 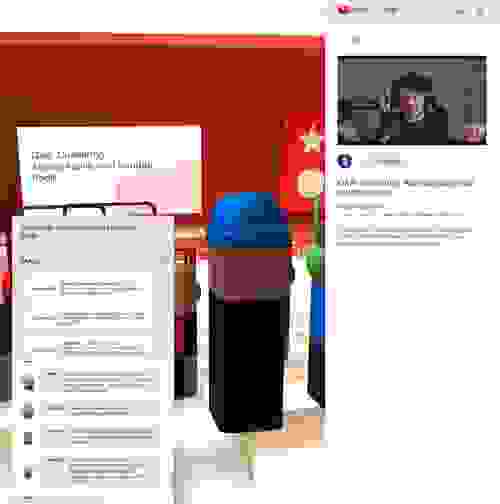 On Day 2, we released 15 video training sessions designed to help you improve your Redis knowledge. Sessions varied from introductions for Redis newcomers—like “Redis 101: Getting Started with Redis” and “A Practical Introduction to RedisGraph”—to brand-new training content like “RediSearch Advanced Topics” for more experienced Redis users. An exclusive Redis Certification Cram session helped Redis Geeks prepare for the exam. As on Day 1, the Redis experts were answering questions all day.

And for Redis users with specific technical questions—Redis experts spent both days circulating the rooms to help out, and made themselves available for exclusive, one-on-one, Ask the Expert sessions in private meeting rooms.

Expert insights on the livestreams

Throughout May 12 and 13, attendees tuned in to more than 30 live streams, including a pair of keynotes, interviews, and Q&As. In the morning keynote on May 12, Redis CEO Ofer Bengal and Microsoft CVP of Developer Division Julia Liuson announced a new partnership to deliver two new tiers of Redis Enterprise on Azure Cache for Redis. Plus, Redis Creator Salvatore Sanfilippo demonstrated new Redis 6 features like access control lists and tracking/client-side caching, and Redis’ Chief Product Officer Alvin Richards talked about new Redis Enterprise 6 features that make it more secure and easier to deploy than ever before.

During the afternoon keynote on May 12, Redis CMO Howard Ting chatted with Atlassian CTO Sri Viswanath on transitioning to microservices and the worldwide adjustment to working from home. Ting also interviewed Matthew Goos, Co-Founder and CTO of MDmetrix, one of the winners of the Rediscover Redis competition.

We hope RedisConf 2020 Takeaway attendees had fun and learned something new about Redis. If you’d like share your feedback on the event, don’t hesitate to reach out to us on Twitter with the hashtag #RedisConf.