Most years, when the weather turns cold, tens of thousands of cloud computing professionals around the world get busy booking tickets to Las Vegas for AWS re:Invent for a few days of cloud-centric networking, learning, and partying. Like just about everything else this year, though, AWS re:Invent 2020 is going virtual—but that doesn’t mean it’s not going to be amazing!

Because re:Invent is online this year, that means it’s completely free—hundreds of thousands attendees will join for their first re:Invent ever, so there’s no reason not to attend! As a Gold Sponsor for this year’s three-week cloud extravaganza, held from November 30 to December 18, we’re focused on showing how Redis Enterprise is not just any Redis. Only with Redis Enterprise—from the makers of Redis—can you get global distribution and endless possibilities, with the flexibility of working with any real-time data at any scale, anywhere.

We’re also excited to share more about Redis Enterprise Cloud, the premiere fully managed version of Redis that allows you to scale your data across hybrid or multi-cloud deployments around the world. Built for modern distributed applications, Redis Enterprise Cloud not only allows you to scale across environments and globally at local latencies, but it also allows you to run customer-facing production apps with sub-millisecond performance at virtually infinite scale without worrying about operational complexity or service availability. Plus, Redis is an AWS Partner Network (APN) Advanced Tier Technology partner—the highest designation an AWS partner can achieve.

During re:Invent 2020 we’re hosting two exclusive speaking sessions, where you’ll be able to learn how customer engagement leader Freshworks has scaled its business with Redis Enterprise Cloud on AWS. Plus, you won’t want to miss our roundtable discussion with Yossi Gottlieb and Madelyn Olson, members of the OSS Redis core team, as they discuss the future of the open source Redis project. Read on to learn more about what you can expect from our sessions, how to score some great swag and cool prizes, and more!

Your go-to source for everything Redis at AWS re:invent will be our virtual booth, which will go live on November 30. There, you’ll be able to schedule 1:1 meetings with company representatives and dive into what Redis Enterprise is all about with a carefully curated selection of white papers, datasheets, case studies, blogs, and videos. You’ll also be able to access our Freshworks and Redis core team sessions from our booth.

Just as important, don’t miss our Redis @ AWS re:Invent page. Head there directly to learn more about our cloud offerings and sign up for our new free Redis Enterprise Cloud Essentials with modules trial. Plus, check out our exclusive giveaway and swag offers. See it all at https://redis.com/aws-reinvent.

Redis is the most popular open source cache, and increasingly a primary database for many organizations. As organizations grow business-critical applications, many grapple with choosing the right time to graduate from open source Redis to Redis Enterprise. In this session, representatives from Redis and Freshworks identify the top considerations for moving to the enterprise version of Redis, when it’s the right time, and how to optimize your investment in Redis Enterprise.

Redis has been named the world’s most loved database four years running, and to keep that streak going, the open source Redis project is now managed in a light-governance model by a new OSS Redis core team working with the Redis community to help drive its development.

In this session, Yossi and Madelyn, two members of that core team, will discuss the origins of the new light-governance model, how we’re working to preserve the best of Redis, and how we want to grow the community. They’ll highlight some successful community members and share how AWS will continue to contribute to Redis. Finally, they’ll look at the immediate future of Redis—in the cloud and beyond.

We love to hear from Redis community members, and we’re encouraging AWS re:Invent attendees to share their thoughts: Spend less than five minutes answering our survey we’ll send you a $10 gift card! Plus, Redis will donate $10 to Close the Gap, an organization dedicated to bringing the power of technology to people all over the world. Make sure to share the link and #NotJustAnyRedis on social media!

UPDATE: We did it, you did it! Thank you to everyone who responded to the survey. We are excited to announce we have reached our goal of raising $10,000 for Close the Gap, and are no longer accepting survey responses. Thank you for your support in helping bridge the digital divide around the world.

As for the promised surprise, because the power of technology can be magical, we asked a famous wizard to help share our message…

Book a 1:1 meeting and get a Redis swag pack

Book a meeting with one of our sales representatives at our virtual booth and you’ll receive a Redis swag pack, available only during AWS re:Invent! You’ll get a print copy of the premiere issue of Rediscover Magazine, a Redis Rubix cube, a Redis pin, and a fun sticker. 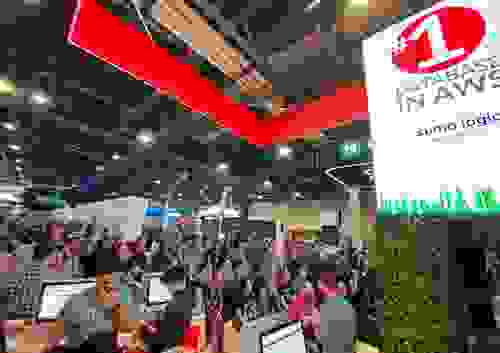 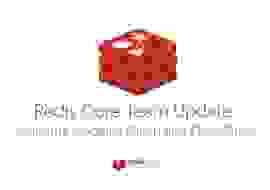