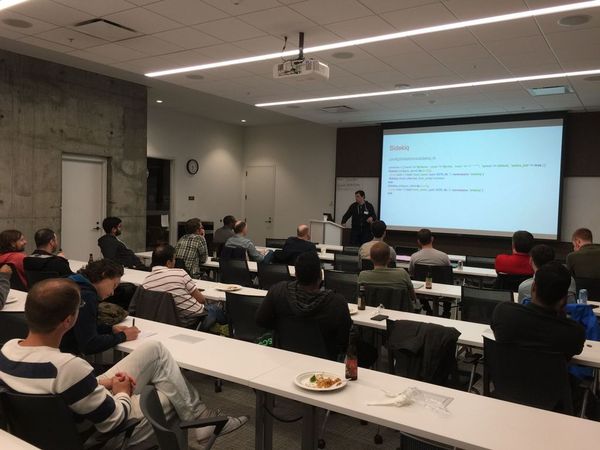 Meetups are a great opportunity for community members to learn more about unfamiliar features in Redis and new releases such as Redis 4.0.  Here at Redis we love to support burgeoning Redis community events and wanted to say welcome to the newest Redis meetups.

Last month, Carlos I. Peña launched the Barcelona Redis Meetup to bring local Redis enthusiasts together.  Although still in its early stages, the Barcelona Meetup has attracted 50 community members and is in the planning stages for their first meetup.

Carlos is looking for other community members to help organize, host and speak at future meetups.  If you’re a Redis Geek in the Barcelona area, please join up and if you would be interested in helping with the meetup or speaking at a future event, please let Carlos know.

François Cerbelle launched a set of meetups for French Redis Geeks across the country.  The Redis France Meetup is the main organizing vehicle for meetup activities, but François also wants to organize events for Redis enthusiasts outside of the Paris area.  He hopes to plan events in Lyon, Bordeaux, Lile and Toulouse initially.

Like most meetups, the new France meetups are looking for speakers and hosts, so if you are available, please contact François and let him know.

This summer, Canada added its second meetup group.  The Toronto Redis Meetup launched in July to support the growing Redis community in Toronto.  The meetup is putting together a planning committee and looking for community members interested in organizing, hosting and speaking at future events.

If you would like to find a local Redis meetup or users group, check out this list of world-wide Redis meetups on Meetup.com.  Organizers are always looking for speakers, so if you are interested in sharing your Redis experience, please volunteer.