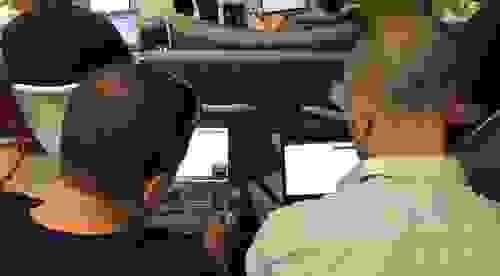 It’s hard to believe, but the crew here at Redis is already planning for RedisConf 2018.  Next year’s conference will take place at the end of April 2018 in San Francisco.  Sign up here and we’ll keep you up to date on all the latest news.  I’m not going to spoil the surprise, but 2018 will be even bigger and better than this year’s conference, so don’t miss out on all the fun.

In the meantime, we’d love to see you at one of the many events we have planned in the coming months.

Redis is a premier sponsor of the Strata Data Conference in New York City on September 26th to September 28th.  Drop by Booth 1014 to chat with our team about Redis Enterprise.  You can arrange for a meeting ahead of time.

Our Developer Relations team is a Bronze Sponsor of this year’s Strange Loop 2017 from September 28th to September 30th. If you’re new to Redis or a long time user with questions about how you can use it better, stop by and chat with us.

The San Francisco Redis Meetup is joining forces with the Bay Area Cloud Foundry Users Meetup on September 25th for two interesting talks on using Redis in conjunction with Pivotal Cloud Foundry.  Jacques Malan of Pivotal Labs will be sharing his thoughts about how Redis can be used to supplement deep Neural Network learning Systems.  Our own Kyle Davis will be talking about Fast Data Ingestion with Redis running on Pivotal Cloud Foundry.  RSVP for the meetup here.

In France, François Cerbelle is running a series of new meetups demonstrating how to build Arduino based IoT devices that can send sensor data to Redis.  RSVP for any of the regional events to learn more about Redis and IoT.  François would love to have you at any one of his events.  You can register for his events from the main Redis France Meetup page.

Finally, the stalwart Seattle Redis Meetup has been hosting a series of meetups demonstrating how to use the client libraries from many languages.  This month’s meetup features Nell Shamrell-Harrington demonstrating the use of Rust to move data between Redis and PostgreSQL.  Sign up for the meetup here.

Our European team will be out in force this month, with events in Switzerland, Denmark and Ireland.  Redis is a Bronze Sponsor of this year’s Cloud Foundry Summit in Basel, Switzerland.  Redis engineer, Shay Nativ will be speaking about using Redis as part of a machine-learning architecture.  From there, it’s off to Copenhagen for DockerCon EU.  Uri Shachar from the Redis Cluster group will give a presentation on choosing a data store for microservices.  Finally, Dvir Volk from our engineering team will be speaking about using Redis with Apache Spark at Spark Summit Europe in Dublin, Ireland.

Not to be outdone, the US team will again be at Oracle Open World.  Drop by Booth 5409 to speak with our Redis experts.  You can also catch up with our US team at the All Things Open Conference, where I will be speaking about using Redis to serve predictive models trained in Spark.

In October, the Seattle Redis Meetup will be hosting Eric Baer and Blake Schwartz who will discuss GraphQL and how Redis can be used in conjunction with other databases that support GraphQL.  Sign up here for the October meetup.

Further south, the San Francisco Redis Meetup will be talking about Redis 4.0 and Redis Enterprise and the Silicon Valley Redis Meetup will host Kyle Davis for a presentation on using Redis on Microcontrollers.