How to Build a Powerful Search Engine Using Python & RediSearch

While Google dominates the search engine landscape, it remains an awkward tool for programmers to have access to niche-specific resources on software development. This community feeds off content on how to deploy software through different programming languages, which can be found in different awesome lists.

Google ranks websites through a strict optimization process that isn’t entirely compatible with content about programming. These in-demand resources are buried deeper in Google’s congested library, making it more challenging for programmers to have access to the most valuable programming content.

This creates a need for a search engine that can cut through the clutter to identify in-depth tutorials, blogs and step-by-step guides that can be found on awesome lists… and this is where Awesome Search comes into play.

Unlike Google, this tool is more specific than general in its purpose, catering to search terms that demand curated resources about programming that might not rank well on Google.

Thanks to Redis, this tool was able to come to fruition. Data transmission between components occurred at lightning-speed and the search engine capabilities of RediSearch made indexing and querying hyper-efficient.

Let’s investigate how this Launchpad app got this done. But before we go any further, make sure to check out all of the other exciting applications we have on the Launchpad.

In this application you’ll build a search engine that specializes in identifying curated pieces of content on awesome lists. Below we’ll go through each stage in chronological order, highlighting what components are required to create this app as well as unpacking each one’s functionality. 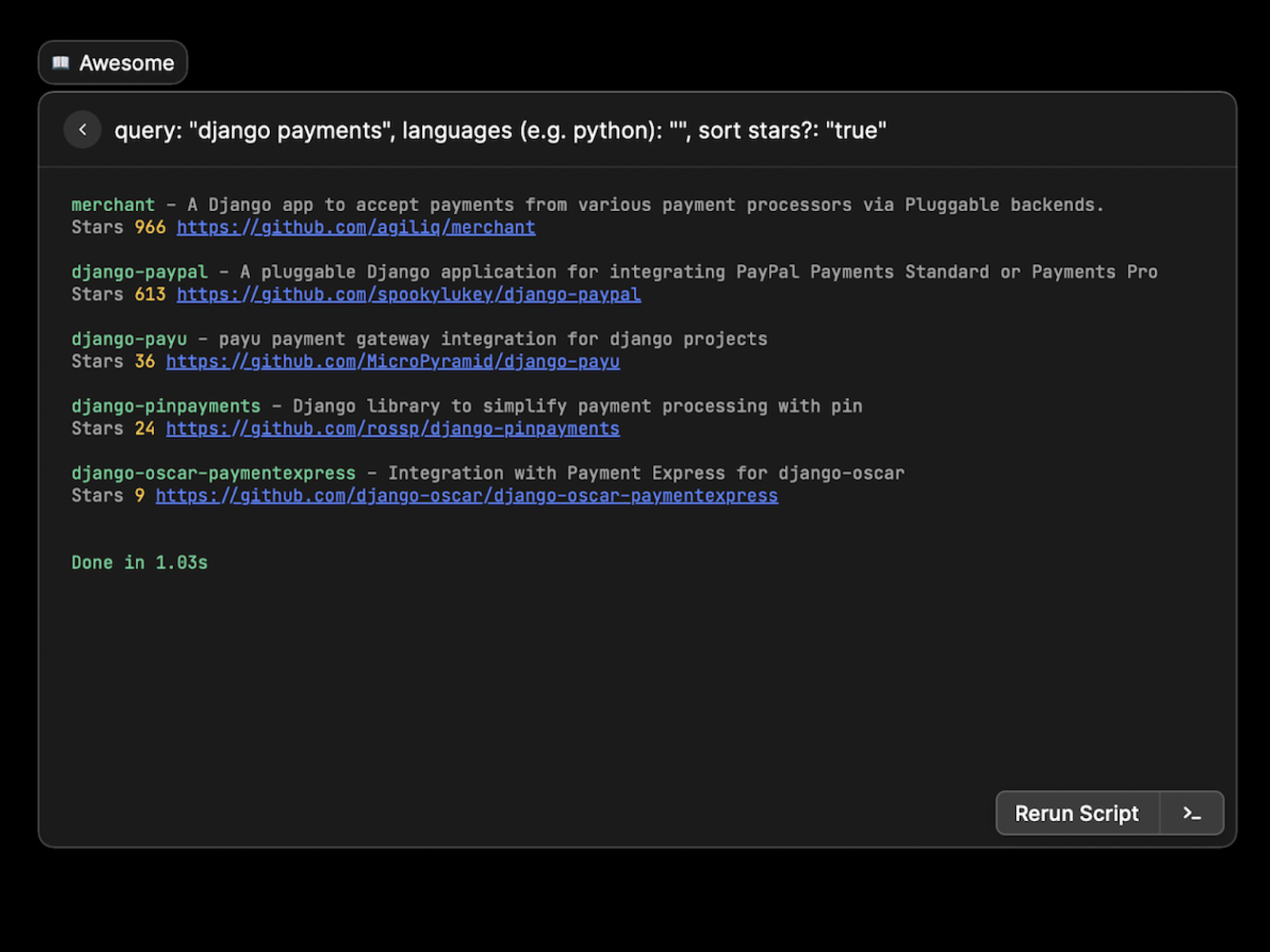 An awesome list is a curated list of coding projects within a specific niche, application or use case. Trying to find high-quality programming coding has always been a time-consuming process. Awesome lists removes this barrier by storing these curated lists of code projects in one area, making them more easily accessible for programmers.

To get started, you’ll have to install the CLI along with Raycast. Let’s see how this is done. 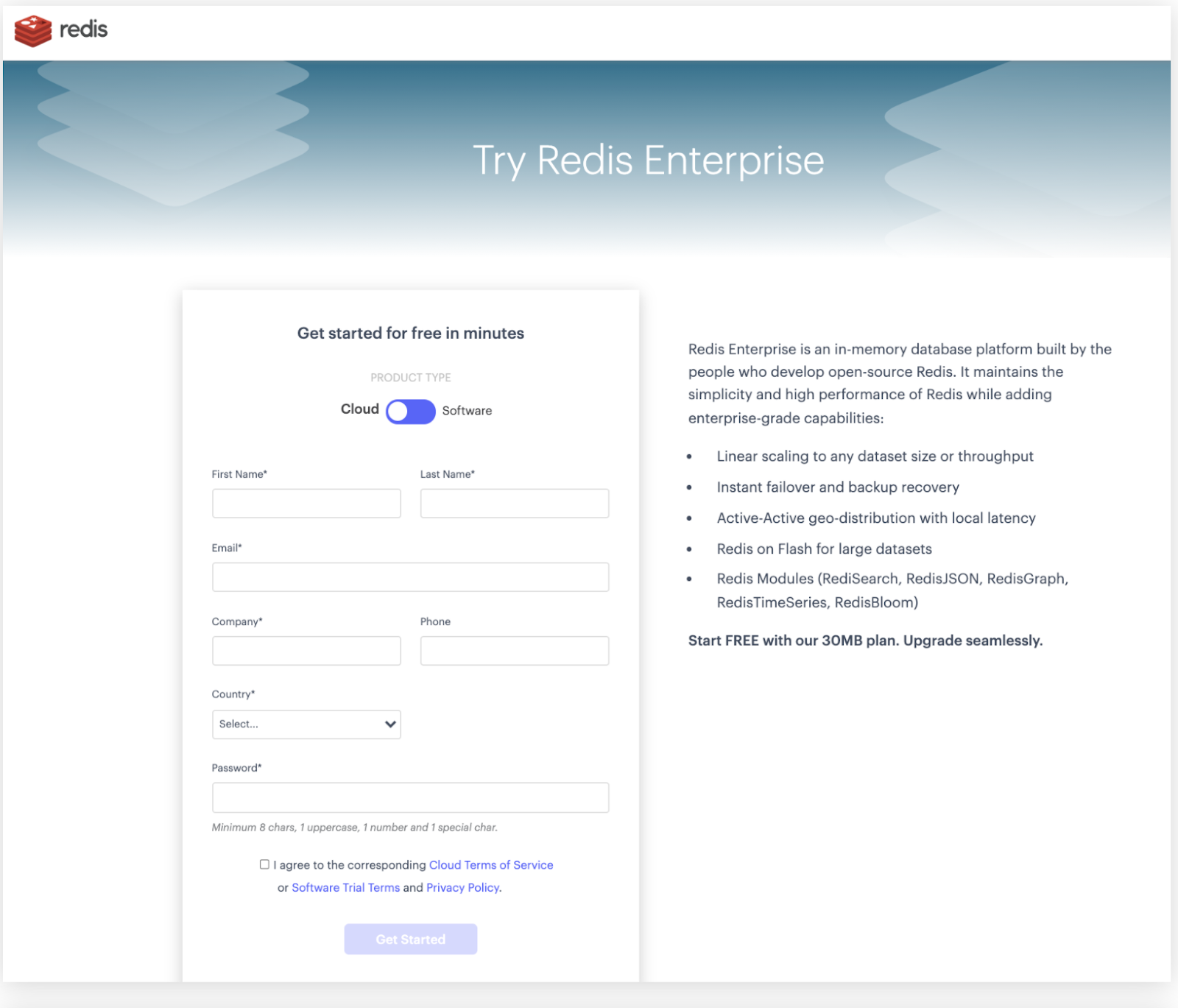 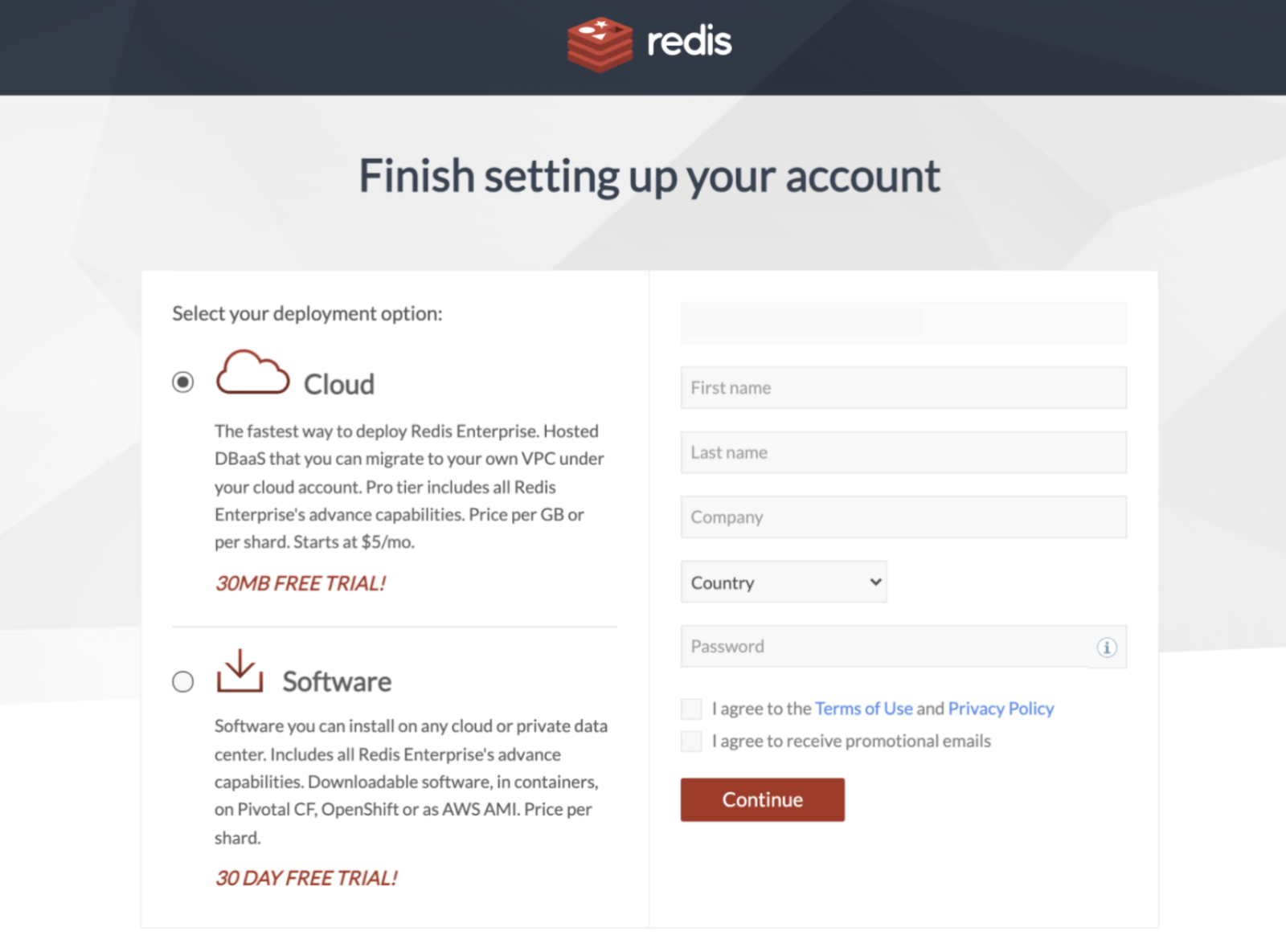 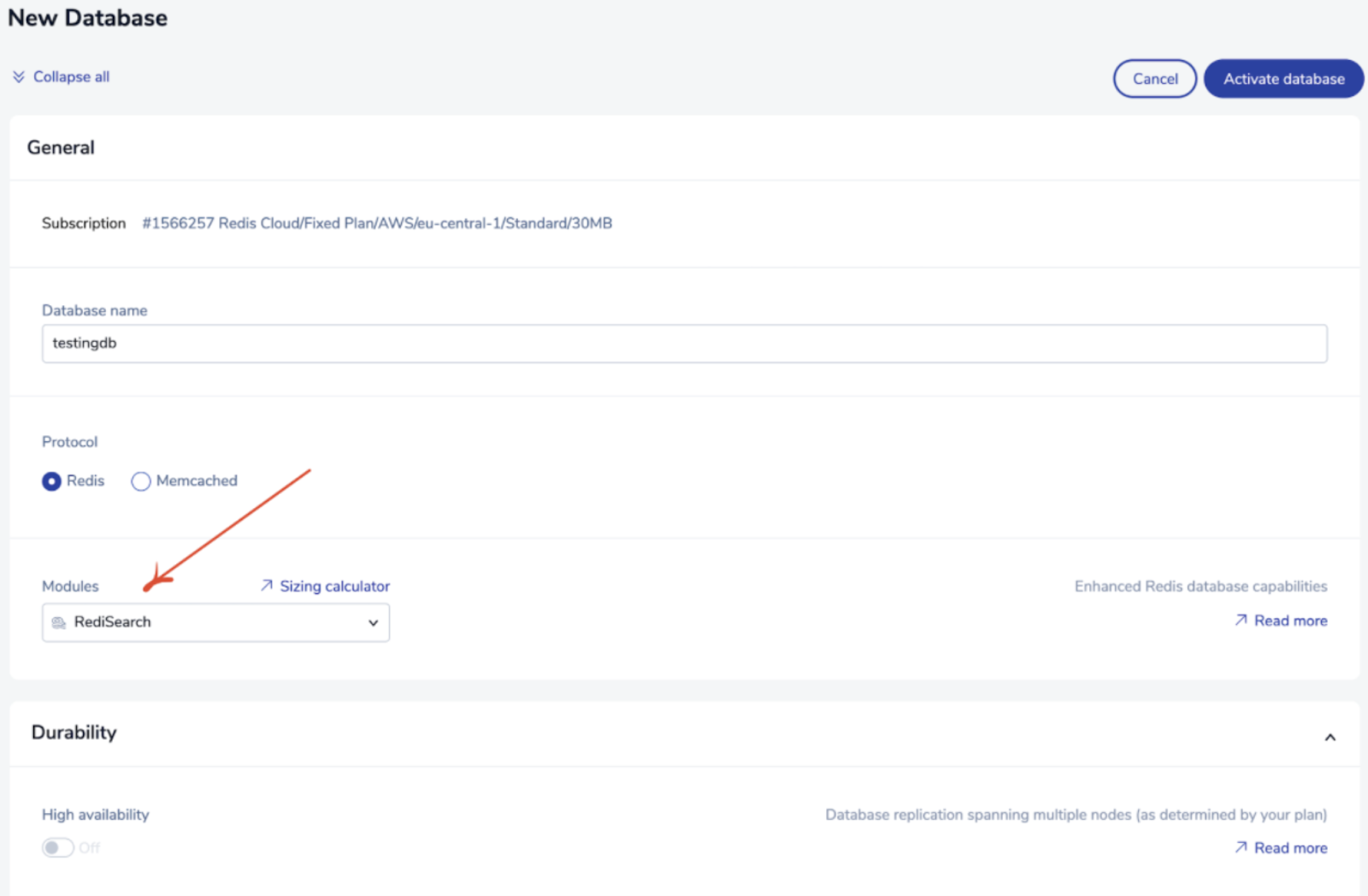 Once your database is set up, make sure to save the Endpoint URL and credentials in a safe place.

Under this section we’ll generate a token that can be used to access the GitHub API.

The next step you should take is to request a personal access token for the Github API here.

For detailed steps for deploying Django on the App Engine see the official documentation.

In the searchapp/ root.

Then set the connection string/password in the deployment config.ini.

To view your application in the web browser

Before you push the python package, make sure to create an account with https://pypi.org/. Now let’s install twine Python module using the below command:

You can directly install awesome-search in your local system using the below command:

You can directly install awesome-search in your local system using the below command:

A search example would be to search ‘django redis’ projects. Make sure to sort results by stars.

Step 9. How to install Raycast

Raycast is a piece of software that offers a more versatile way of controlling your tools and installing script commands. With just a few keystrokes, you can execute these commands from anywhere on your desktop.

It’s an efficient way of speeding up everyday tasks such as converting data, opening bookmarks and triggering dev workflows.

To add the script follow the instructions on the Raycast script commands page.

If you already have a script directory for your Raycast scripts simply copy the raycast/awesome_search.py script to it.

To install Raycast, you first need to install Script Commands:

Step 1: Choose your script from the community repo and save them into a new directory. Alternatively, you can use the _enabled-commands folder for this.

Step 2:Open the Extensions tab in the Raycast preferences

Useful tip: It’s recommended that you don’t directly load the community script directories into Raycast. This is to avoid potential restructuring and new script commands suddenly appearing in Raycast.

All types of resources are prefixed with resource:. This will give you flexibility in extending new resource types such as blogs.

To track which awesome lists appear on a repository list, you can simply use a set. The Redis SADD command is used to add members to a set stored at the key. SADD commands return the number of elements that were added to the set. This does not include all of the elements already present in the set.

Once you’ve indexed the contents, the set is added as a documentary property for filtering search results by awesome list.

Additionally, when you insert a new resource, make sure to maintain a list of unique awesome lists and languages to implement faceted search.

Next you must define the index. You define an index by using the RediSearch library.

All keys storing resource data are prefixed with resource:. This makes it a lot easier to define a RediSearch index with all the different resource types we want to search.

As an option, if only specific resources such as Github Repos were to be indexed, more specific prefixes could be specified:

However, before making any queries the index needs to be built.

This specifies which fields should be indexed. Additionally the weight argument allows for increasing the effect of matches in certain fields such as “repo_name”.

Once the index is created documents are indexed in real-time as they are added to Redis. To add new documents to the index simply create a hash for that document.

Full text search across all the resources.

Faceted search is a programming trick that involves improving conventional search techniques. It allows users to narrow down search results by applying multiple filters based on faceted classification of the items.

Alternatively, instead of specifying the source (i.e tweet or GitHub) as a field modifier, separate indexes could be built for each source by providing a more specific key prefix.

Having separate indexes will result in faster queries as well as introducing additional complexity for ranking/pagination if the user chooses to search across both sources.

Google’s algorithms are not compatible with the resources on active lists, creating a barrier between users and this content that’s in demand. But thanks to Redis, this Launchpad app was able to create Awesome Search, providing programmers with access to invaluable coding content that would otherwise be buried deep in Google’s library.

Although each component played a crucial role in its formulation, RediSearch’s ability to find and index content with great efficiency was the crux of creating a powerful search engine. Without these elements, building Awesome Search would not be possible.

If you want to discover more about this app, then feel free to check it out on the Redis Launchpad, where we also have a diverse range of different applications for you to discover.

Marko is a specialist in backend development and is currently sharpening his skills with Shopify.

Make sure to check out his GitHub profile to see what other activities he’s been involved in.