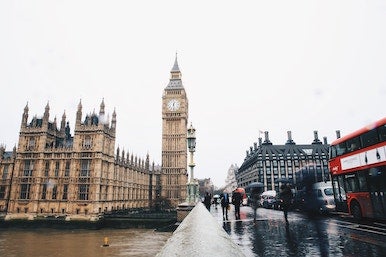 The first Redis Day London was so much fun that we’re coming back to do it all over again. Join us on Tuesday, 12 November, for Redis Day London 2019—it’s your chance to enjoy speakers, networking, and informed discussion about everything and anything Redis.

If you’re a Redis-oriented developer, engineer, software architect, programmer, or business professional, you won’t want to miss this free one-day event. (Want to get even more out of the event? Attend our special pre-conference training day on Monday, 11 November.)

At Redis Day London 2019 you’ll hear about new Redis features—and see how Redis streams and the latest Redis modules are already being used in development and production.  You’ll also hear from fellow Redis users about best practices and uses of Redis, and get a sneak peak of the future of Redis and what’s coming in the next big release.

On Tuesday, 12 November, some 19 Redis experts will grace the stage at the Park Plaza London Riverbank Hotel (note the new venue!). The headliner, as always, will be Salvatore Sanfilippo, the creator of Redis. Salvatore will kick off the start of Redis Day with a discussion of Redis 6.0, followed by Yiftach Shoolman, CTO and Co-Founder of Redis, who will give an update on Redis Enterprise.

We’re also excited to hear from Elena Kolevska, who recently left her position as CTO of culture app InvisibleCity to become a Technical Enablement Architect at Redis, who will talk about using Bloom Filters in Redis; and Parin Turakhia, Senior Engineering Manager at BookMyShow, who’ll share how the Indian entertainment company uses Redis to book more than a million tickets per day. Plus, Konfio.mx Senior Architect Pipe Gutierrez will introduce a Redis module for cancellable timeout queues.

In the afternoon, Alfred Biehler, Customer Engineer at Google Cloud, will speak about how Google uses Redis, and Mugunthan Soundararajan will share how Matrimony.com uses Redis Streams. You also don’t want to miss the launch of RedisInsight and Ogma Graph Visualization, and hear how the engineers at Play Games 24×7 built a robust game engine service with a high level of concurrency. And that’s only a fraction of the speaker lineup.

We’ll serve a complimentary breakfast and lunch, and you’ll want to stick around for the happy hour/reception at the end of the day to network with fellow Redis users. Oh yeah, we’ll also be handing out plenty of cool Redis swag, including t-shirts, laptop stickers, and more.

Redis Day London even has a training day

If you’re new to Redis—or just want to dive deeper or brush up on your skills—come to the Park Plaza London Riverbank Hotel on Monday, 11 November for a day of hands-on training. Kyle Davis and Loris Cro of Redis will host a full day of sessions on getting started, Redis streaming architectures, Redis clustering, RediSearch, and more.

This is just a taste of what’s on tap at Redis Day London 2019—get more information and check out the full agenda and complete list of speakers here.

Register now before we sell out!