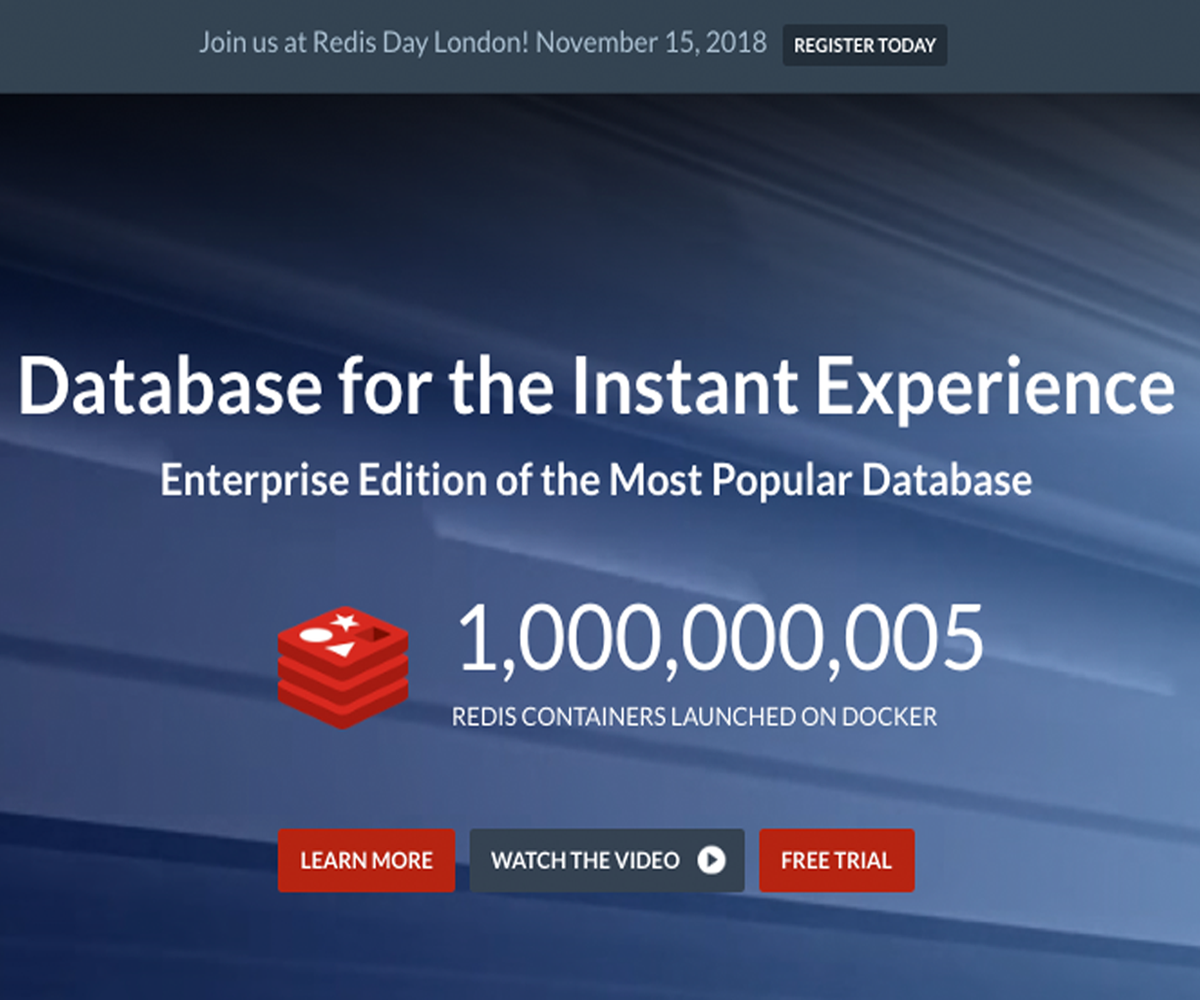 If you attended RedisConf earlier this year you may have been mildly surprised to hear – “Redis is Everywhere.” From web applications to mobile apps to IoT devices, Redis is one of those silent but efficient elements of our day-to-day lives that is rarely seen but is present everywhere..

Well, last night we reached a milestone that shouldn’t have surprised anyone.

One Billion is a significant number by any standards but consider this: Running up to this milestone we were seeing about 4 million launches in a day. To put this in perspective, this is roughly 70,000 launches in a minute or about 11,574 launches in a second.

No other database has been launched as many times on Docker at the time of writing this blog.

And all of this is a testament to the Redis community. The community of developers and database users that had humble beginnings and a journey leading up to yesterday’s milestone.

We are humbled to be part of this journey. A journey that started off with one developer and one dream.

The vision is still something that guides us all at Redis – to help developers across the globe create applications that can process and manage data blindingly fast in the simplest possible way.

In today’s world more and more users demand database platforms that offer the versatility and resource efficiency necessary to power the next generation of applications-functionality that legacy databases lack. The Redis platform provides that advanced functionality, enabling users to power a broad range of solutions in a variety of real-time use cases.

It is this maniacal focus on performance and simplicity that also gained Redis the title of being the most loved database by 100,000 developers from 183 countries in Stack Overflow survey two years in a row.

A billion is a big number but in the end it is about the developers who continue to use Redis to solve for problems they face every day. At Redis we call them Redis Stars. These are the stars who often join the developer community with a clear eyed vision of making a difference and are not daunted by the challenges that they are thrown into day after day.

To those developers and dreamers who quietly break away the barriers one hurdle at a time, we say thanks for reaching this milestone with us. We are humbled and we hope this journey takes the community to newer heights and milestones that are yet unseen.

Redis will be hosting Redis Day London, November 15 at Code Node. For more information or to register, visit https://redis.com/community/redis-day-london-2018/.