For developers who are building applications with Redis, RedisInsight is a lightweight multi-platform management visualization tool that helps you design, develop, and optimize your application capabilities in a single easy-to-use environment. RedisInsight provides an intuitive and efficient GUI for Redis databases, making it easier to interact with your databases and manage your data—with built-in support for most popular Redis modules. It provides tools to analyze the memory and profile the performance of your database usage, and helps guide you toward better Redis usage. It manages Redis data via GUI by scanning existing keys, adding new ones, performing CRUD or bulk operations, displaying objects in a pretty-JSON object format, and supporting friendly keyboard navigation.

Put it all together, and RedisInsight is an essential tool for Redis developers. We’ll lay out five key reasons why in a moment, but first let’s take a quick look at exactly what RedisInsight is, what it does, and how to get it.

RedisInsight 1.7 is the latest release, and comes with new capabilities and enhancements designed to make your developer experience even more enjoyable, with support for Redis 6 and its new access control lists (ACLs) compatibility. Recently introduced features like TLS (transport layer security) support and RedisGears beta support along with enhancements like multi-line query editing, full-screen mode, and more will make your experience more efficient. RedisInsight is a full-featured desktop GUI client and is available for Windows, macOS, and Linux, and is also available as a Docker container.

What makes RedisInsight a great tool for Redis developers?

Full screen support for RedisGraph, RedisTimeSeries, RedisJSON, Redis Streams, and RediSearch is available in RedisInsight. As a developer, you can query and interactively manipulate graph, streams, and time-series data flawlessly. You can even build queries, explore the results, optimize, and quickly iterate with a multi-line query editor. These data structures can be viewed visually and all traditional operations can be performed using an updated command-line interface (CLI) and graphical commands, making it easier for you to execute commands for all data structures and modules.

2.  A visual tool to interact with your data

RedisInsight lets you browse and explore your Redis databases and intuitively interact with your data. It allows you to view real-time metrics from Redis. It allows you to create tabular views from your Redis keys and export data in different formats. You can also visualize and update data from Redis Streams, RedisGraph, RediSearch, and RedisTimeSeries. Beginning with the RedisInsight 1.6.3 release, filtering of keys in the browser is possible, so you can more easily navigate through your data and find the keys that are the most relevant to you.

RedisInsight comes with a built-in CLI that lets you run commands against a Redis server. You don’t need to install anything, as soon as you are connected to the database, the integrated web is CLI available, just there for you! RedisInsight also makes your life simpler with all the command’s syntax—the integrated help shows you all the arguments and validates your commands as you type.

RedisInsight provides syntax highlighting and auto-complete and employs integrated help to deliver intuitive, in-the-moment assistance. Hence, you can view all the traditional operations that can be performed using an updated CLI and graphical command builders, making it easier to write commands for all data structures and modules.

RedisInsight is aimed at helping developers get the most out of Redis. It is basically a suite of tools that can help developers throughout the development lifecycle. There are built-in tools for the design phase during prototyping, while other sets of tools help in the implementation phase.

For example, RedisInsight allows developers to perform bulk operations such as renaming, expiring, and deleting a large number of keys in one go. It gives developers visibility into their slow logs so that they can identify, troubleshoot, and fix bottlenecks and find optimization opportunities. It helps developers identify top keys, key patterns, and commands. With RedisInsight, developers can filter by client IP address, key, or command across all nodes of a cluster. They can effectively debug Lua scripts with less complexity.

Software firms need advanced tools to make development straightforward and fast. With the right tools, developers can save time, deliver high-quality applications, and run a sustainable enterprise. As a Redis developer, it’s important to identify efficient and easy-to-use tools that help you to understand how an application behaves and interacts with the database.

Developers use the profiler feature of RedisInsight to help identify performance problems without having to touch the code. Some commands may take a long time to process on the Redis server, causing the request to time out. A few examples of long-running commands are met with a large number of keys, keys *, or poorly written Lua scripts. The RedisInsight profiler runs the Redis MONITOR command, which analyzes every command sent to the Redis instance. It parses the output of the MONITOR command and generates a summarized view. All the commands sent to the Redis instance are monitored for the duration of the profiling.

Profiler gives information about the number of commands processed, commands/second, and number of connected clients. It also provides information about top prefixes, top keys, and top commands. It’s useful for understanding the nature of the traffic seen by your Redis database, which in turn can help debug performance problems in production environments.

5. A recommendation tool for memory usage and analysis

Redis is an in-memory data store. This means that the entire dataset is stored in memory (DRAM). This is great for performance, but as the size of your data set grows, you need more DRAM to hold all that data. Few developers want to spend their time learning about Redis memory issues, so RedisInsight provides recommendations for developers on how to save memory. The recommendations are specially curated according to the Redis instance, based on industry standards and Redis’ experience.

Want to try RedisInsight and see if it fits into your development and operational toolkit? Click below to start your journey today: 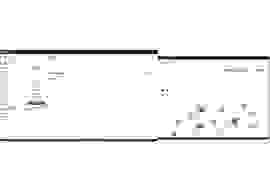 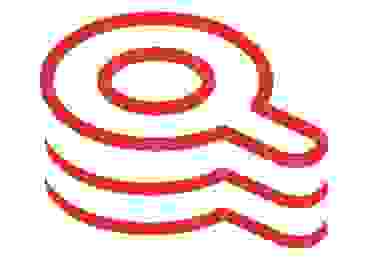