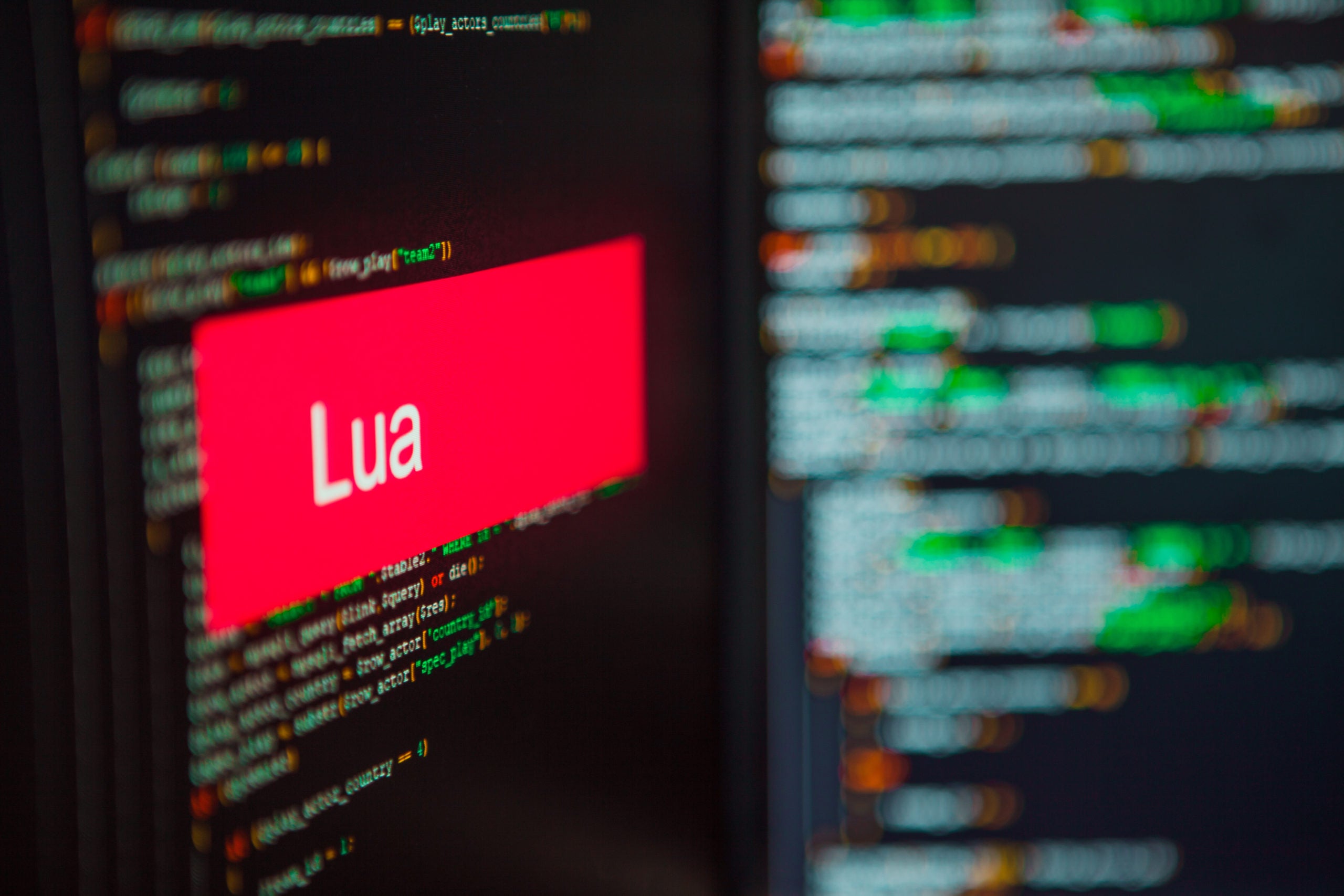 Redis features two main mechanisms for executing multiple operations atomically: MULTI/EXEC transactions and Lua scripts. One peculiarity of transactions in Redis that often trips up newcomers is the absence of a rollback mechanism. In my tenure as a Developer Advocate at Redis, I’ve talked to a few engineers with traditional SQL backgrounds who found this troubling, so with this blog I want to share my opinion on the subject, and argue that you don’t need rollbacks in Redis.

Transactions in Redis start with the MULTI command. Once it’s sent, the connection switches mode and all subsequent commands sent through the connection will be queued by Redis instead of being immediately executed, with the exception of DISCARD and EXEC (which will instead cause the transaction to abort or commit, respectively). Committing the transaction means executing the previously queued commands.

One last basic thing to keep in mind about transactions: Redis will continue to serve other clients even when a MULTI transaction has been initiated. Redis will stop applying other clients’ commands only briefly when the transaction gets committed by calling EXEC. This is very different from SQL databases, where transactions engage various mechanisms within the DBMS to provide varying degrees of isolation assurances, and where clients can read values from the database while performing the transaction. In Redis, transactions are “one shot”—in other words, just a sequence of commands that get executed all at once. So, how do you create a transaction that depends on the data present in Redis? For this purpose, Redis implements WATCH, a command for performing optimistic locking.

Let me show you on a practical level why you can’t read values from Redis while in a transaction:

If you run this series of commands in redis-cli, the reply from “GET counter” will be “QUEUED”, and the value “42” will be returned only as a result of calling EXEC, alongside the “OK” returned from executing the SET command.

To write a transaction that depends on data read from Redis, you must use WATCH. Once run, the command will ensure that the subsequent transaction will be executed only if the keys being WATCHed have not changed before EXEC gets called.

For example, this is how you would implement an atomic increment operation if INCRBY did not exist:

In this example, we first create a WATCH trigger over the “counter” key, then we GET its value. Notice how GET happens before we start the transaction’s body, meaning it will be executed immediately and it will return the key’s current value. At this point, we start the transaction using MULTI and apply the change by computing on the clientside what the new value of “counter” should be.

While WATCH can be very useful for performing articulated transactions, it’s usually easier and more efficient to use a Lua script when you need to perform multiple operations that depend on data in Redis. With a Lua script, you send the logic to Redis (in the form of the script itself) and have Redis execute the code locally, instead of pushing data to the client as we were doing in the example above. This is faster for several reasons, but here’s the big one: Lua scripts can read data from Redis without needing optimistic locking.

This how the previous transaction would be implemented as a Lua one-liner:

There are, in my opinion, a couple of reasonable situations where you might legitimately prefer transactions with optimistic locking over Lua:

Unless both these points are true for your application, I recommend you choose Lua over WATCH.

The key point about optimistic locking is that when a WATCHed key is changed, the whole transaction is discarded immediately when the client commits it using EXEC. Redis has a main, single-threaded command execution loop, so when the transaction queue is being executed no other command will run. This means that Redis transactions have a true serializable isolation level, and also means that no rollback mechanism is required to implement WATCH.

But what happens when there’s an error in a transaction? The answer is that Redis will continue to execute all commands and report all errors that happened.

To be more precise, there are some types of errors that Redis can catch before the client calls EXEC. One basic example are blatant syntax errors:

MULTI
GOT key? (NOTE: Redis has no GOT command and, after season 8, it never will)
EXEC

But not all errors can be discovered by inspecting the command syntax, and those could cause the transaction to misbehave. As an example:

The example above will be executed but the INCRBY command will fail because the “counter” key doesn’t contain a number. This type of error can be discovered only when running the transaction (nevermind that in this simplified example we are the ones setting the wrong initial value).

This is the moment where one might say that rollbacks would be nice to have. I might agree if not for two considerations:

The second point is particularly important because it also applies to SQL: SQL DBMSs offer many mechanisms to help protect data integrity, but even they can’t completely protect you from programming errors. On both platforms, the burden of writing correct transactions remains on you.

It’s common practice in SQL to use indexes to implement constraints on the data and rely on those indexes on the client side for correctness. A common example would be to add a “UNIQUE” constraint to a “username” column to ensure that each user has a different username. At that point clients would try to insert new users and expect the insertion to fail when another user with the same name already exists.

This is a perfectly legitimate use of a SQL database, but relying on the constraint to implement application logic is very different than expecting rollbacks to protect you from mistakes in the transaction logic itself.

At AWS re:Invent 2019, when an attendee asked me “Why doesn’t Redis have rollbacks?” my answer was based on enumerating why people use rollbacks in SQL. In my opinion, there are only two main reasons to do so:

First reason to use rollbacks: concurrency

Most common SQL databases are multithreaded applications, and when a client requests a high isolation level, the DBMS prefers to trigger an exception rather than stop serving all other clients. This makes sense for the SQL ecosystem because SQL transactions are “chatty”: a client locks a few rows, reads a few values, computes what changes to apply, and finally commits the transaction.

While SQL DBMSs do a great job of protecting data integrity, you can’t expect to be protected from all errors in your transaction code. There is a significant class of errors that don’t violate type checking or index constraints.

Redis has no built-in index system (Redis modules are a different story and don’t apply here). To force uniqueness, for example, you would use a Set (or equivalent) data type. This means the correct way to express an operation in Redis looks different from the equivalent in SQL. Redis’ data model and execution model are different enough from SQL that the same logical operation would be expressed in different ways depending on the platform, but the application must always be in sync with the state of the database.

An application that tries to INCRBY a key that contains a non-numeric value is the same as an application that expects a SQL schema inconsistent with what’s on the database. If you have gremlins in your Redis database making unexpected changes, lock them out using access control lists (ACLs).

If you come from a SQL background, you might understandably be surprised by how transactions work in Redis. Given that NoSQL has demonstrated that relational databases are not the only valuable model for storing data, don’t make the mistake of assuming that any diversion from what SQL offers is inherently inferior. SQL transactions are chatty, based on a multi-threaded model and interoperate with other subsystems to leverage rollbacks in case of failures. In contrast, Redis transactions are more focused on performance and there is no indexing subsystem to leverage for enforcing constraints. Because of these differences, the transaction-writing “style” that you use in Redis is fundamentally different from the SQL one.

This means that the lack of rollbacks in Redis doesn’t limit expressiveness. All reasonable SQL transactions can be rewritten to a functionally equivalent Redis transaction, but it’s not always trivial to do in practice. Reasoning about a problem originally articulated in SQL in Redis requires you to think about your data in a different way, and you also need to account for the different execution model.

Finally, it’s true that rollbacks can be useful to protect your data from programming errors, but they are not meant to be a solution to that problem. As a multi-model database based on a key-value structure, Redis doesn’t offer the same level of “type checking” ease that SQL does, but there are techniques to help with that, as Kyle Davis, Head of Developer Advocacy at Redis, explained in this recent blog post: Bullet-Proofing Lua Scripts in RedisPy.

That said, your applications need to be in sync with what’s in the database, both when using a relational database and when using Redis. For Redis, the utility of rollbacks would not outweigh the costs in terms of performance and additional complexity. If you ever wondered how Redis can be so much faster than other databases, here’s yet another reason why.