“Redis hired Avalon to validate the findings of Emind, a cloud managed service provider for leading internet enterprises, on which NoSQL database would be best suited for high volumes of ‘writes’ in an application designed by Emind” said Kurt Cagle, Principal Evangelist, Avalon Consulting, LLC. “Redis came out as most suitable for the designed application.” 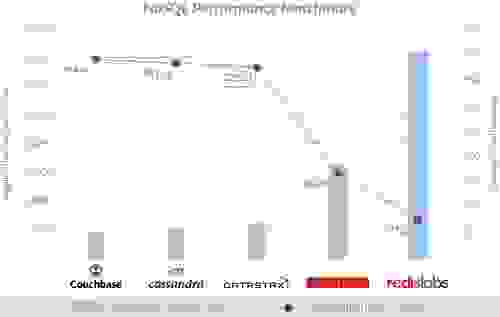 “Redis has become a core part of the developer workflow for the full spectrum of database users — including traditional enterprises, internet enterprises and startups,” said Ofer Bengal, CEO and co-founder of Redis. “Redis Cloud has become a natural choice for developers who demand high performance for their applications and want to outsource the daily operation of their databases.”

Several cutting edge disrupters have deployed Redis Cloud, such as:

The test scenario is commonly required for use cases such as real-time analytics, high volume transactions, and Internet of Things (IoT) data ingestion.

“Modern enterprise applications have to meet the ever-increasing performance needs of mission critical use cases such as real-time analytics, high volume transactions and IoT data ingestion, “ says Ofer Bengal, CEO and co-founder of Redis. “Redis Enterprise Cluster is the best choice to harness the high performance and low latency of open source Redis while meeting the demanding scalability, availability, and stability requirements of enterprise deployments.”

Data is the lifeline of every business, and Redis helps organizations reimagine how fast they can process, analyze, make predictions, and take action on the data they generate. Redis provides a competitive edge to any business by delivering open source and enterprise-grade data platforms to power applications that drive real-time experiences at any scale. Developers rely on Redis to build performance, scalability, reliability, and security into their applications.

Born in the cloud-native era, Redis uniquely enables users to unify data across multi-cloud, hybrid and global applications to maximize business potential. Learn how Redis can give you this edge at redis.com.